Johnes and other Wasting Diseases in Sheep

Johne's disease is greatly under-diagnosed in many UK sheep flocks.

The disease is characterised by emaciation but not, as in cattle, chronic severe diarrhoea.  Disease is encountered in all sheep husbandry systems including extensively-managed flocks.  In many infected flocks the annual ewe mortality rate from Johne's disease is estimated to be as high as 5 to 10 per cent. 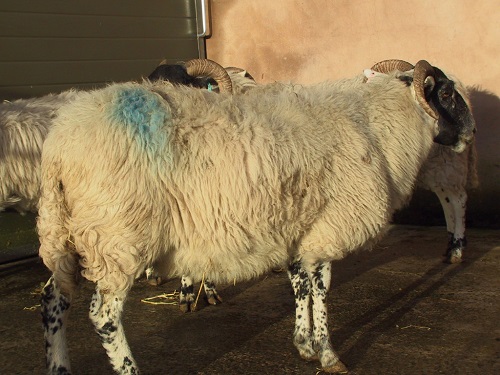 Johne's disease in sheep is characterised by emaciation but not, as in cattle, chronic severe diarrhoea. 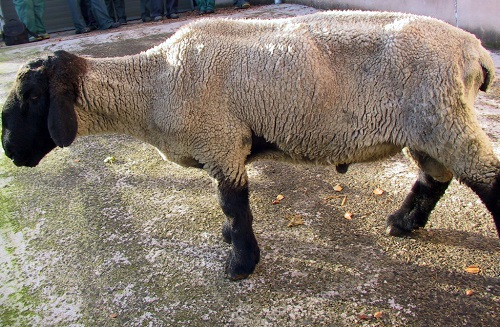 Johne's disease is encountered in all breeds and husbandry systems.

The causal bacterium, Mycobacterium avium subspecies paratuberculosis, can survive on pasture for many months. Sheep which develop clinical disease are infected early in life via the faecal/oral route, although infection can also be acquired in utero during the advanced stages of disease in the ewe.  Infection ingested by adult sheep is unlikely to cause clinical disease.  Goats can be an important source of infection when co-grazed with sheep.  The role of cattle and various wildlife species including rabbits, in the epidemiology of Johne's disease, is currently under investigation. 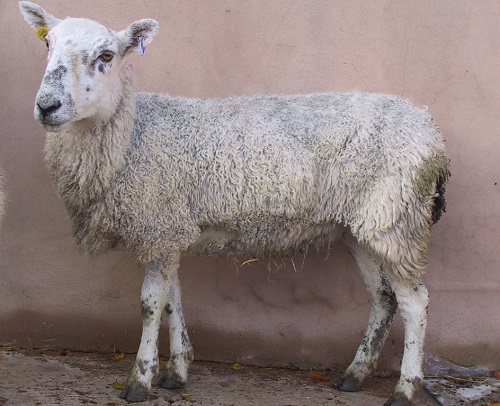 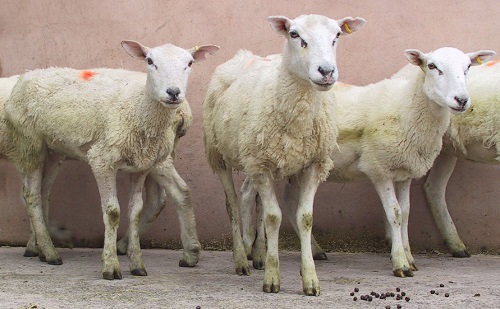 Chronic diarrhoea, unlike cattle, is not a feature in sheep affected by paratuberculosis. 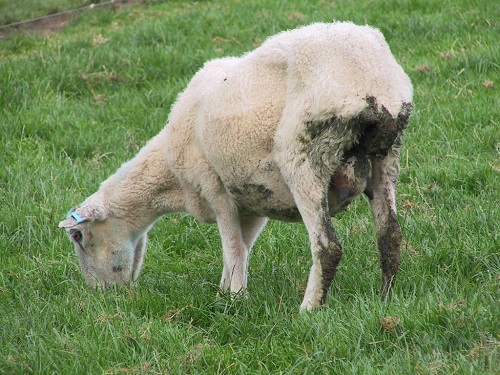 Diarrhoea may occur in sheep with Johne's disease because of concurrent parasitic gastroenteritis.

Emaciated sheep are typically detected during routine flock handling procedures, such as pre-mating checks, when their body condition score of 1.5 or below (scale 1 to 5) compares unfavourably to other sheep managed in a similar way with scores of 3.0 or greater.  Chronic diarrhoea, unlike cattle, is not a feature in the majority of sheep affected by paratuberculosis and sheep often void pelleted faeces, unless there is also a heavy concurrent  parasitic burden. Affected sheep appear bright and alert with a normal appetite but rumen fill is reduced, with consequent sunken sublumbar fossae.  The wool is poor quality and the fleece appears more open than usual.  During the agonal stages affected sheep may become recumbent and too weak to stand.  Submandibular oedema (bottle jaw) presents only in extreme cases.  The severity of Johne's disease is compounded by concurrent parasitism, especially fasciolosis. 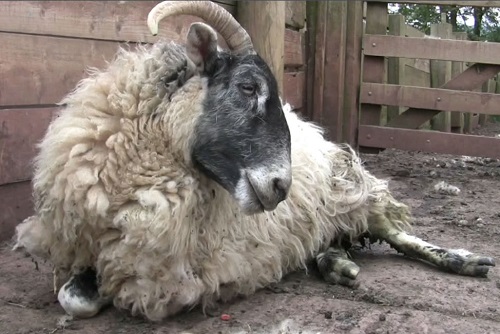 During the agonal stages affected sheep may be too weak to stand.

Lambs born to ewes in the terminal stages of Johne's disease have low birthweights (often as low as 2 to 3 kg), due to chronic intra-uterine growth retardation 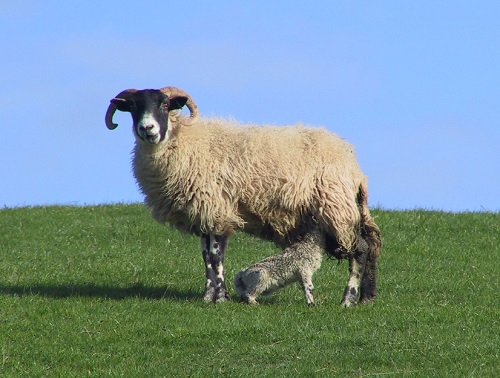 Lambs born to ewes in the terminal stages of disease have low birthweights.

In order of decreasing importance, the common causes of weight loss are:

The intestinal changes caused by Johne's disease cannot reliably be diagnosed by an on-farm necropsy even when undertaken by experts.  More importantly, a single necropsy provides little information regarding the prevalence of certain disease conditions on the farm. 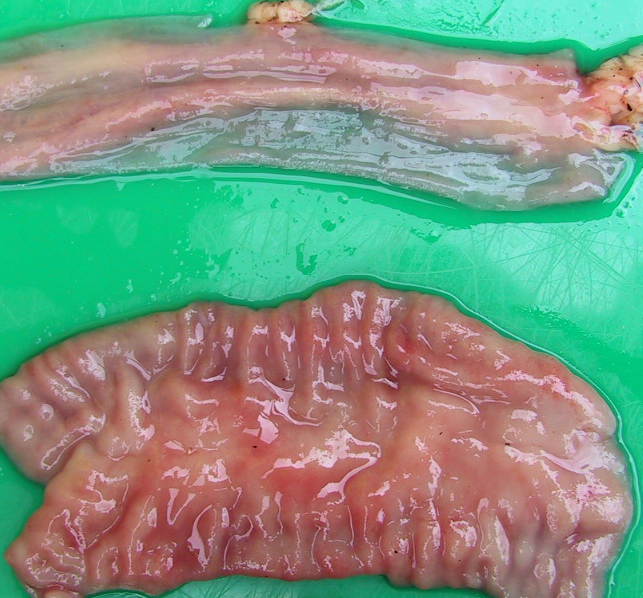 Marked thickening of the gut wall (lower necropsy sample; top normal) may not always be so obvious as this example.

In most situations it will prove more useful to investigate weight loss in 10 or more ewes than to send a single ewe for detailed post mortem examination.  Serum albumin and globulin determinations provide your veterinary surgeon with the most useful screening tests for the investigation of chronic weight loss in a number of adult sheep.

Sheep with Johne's disease have profound hypoalbuminaemia and a normal globulin concentration.  These changes result from loss of albumin across the damaged gut.

It must be remembered that sheep with Johne's co-incidentally often have very high parasitic faecal egg counts indeed and such results may lead to erroneous conclusions.  Sheep with Johne's disease also cause very considerable pasture contamination due to this very high egg production.

Significant serological titres (either AGID or ELISA) are only detected in approximately 60 per cent of clinical paratuberculosis cases resulting in a high false negative rate (low sensitivity) although the specificity is high (greater than 95%).

Direct faecal examination provides unreliable results as there may be few bacteria present.

There is an emaciated carcass with gelatinous atrophy of fat depots. Thickening of the  ileum with prominent ridging is not always obvious in Johne's disease but the mesenteric lymph nodes are often visibly enlarged.  The diagnosis is confirmed after ZN staining of ileal sections and ileo-caecal lymph nodes which demonstrate clumps of acid-fast bacteria. 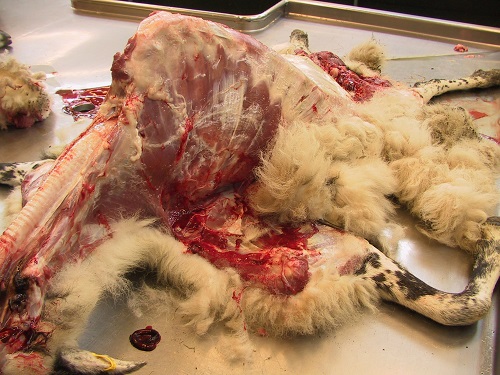 There is an emaciated carcass with gelatinous atrophy of fat depots.

The true Johne's disease incidence in UK sheep flocks remains unknown but many flocks have losses in excess of 5 per cent without appreciating the cause of such losses.

Encouraging results with much reduced disease prevalence have been reported following adoption of a vaccination programme in several countries.

Difficulties with confirmation of the provisional diagnosis of Johne's disease, coupled with very few ewes culled for poor condition/emaciation submitted to the veterinary surgeon, lead to a gross underestimation of the prevalence and financial impact of this disease in the UK.

Intestinal adenocarcinoma is a sporadic tumour of the small intestine causing weight loss and emaciation in adult sheep.

The affected adult sheep presents in much poorer condition than other sheep in the group.  While fluid accumulation in the abdomen is present in most cases, it may prove difficult to assess on clinical examination.  Veterinary ultrasound examination provides a quick and reliable assessment of the amount of peritoneal fluid. 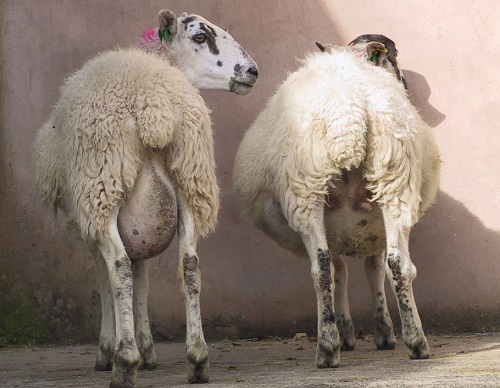 Fluid accumulation in the abdomen is present in most cases of intestinal adenocarcinoma (sheep on right).

There is no recognised treatment and affected sheep should be euthanased when all other treatable alternative conditions have been excluded by your veterinary surgeon. 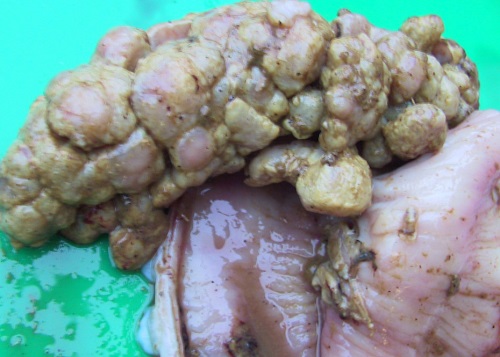 There is no recognised treatment for intestinal adenocarcinoma and affected sheep should be euthanased for welfare reasons.

Infection of the peritoneal lining of the abdominal cavity may result in localised peritonitis, or extend to septic peritonitis. Septic peritonitis most frequently follows a uterine tear caused by excessive manual interference during attempted correction of a lambing problem.  Toxins can also leak across the compromised uterine wall.

The clinical signs depend upon the spread of infection within the peritoneal cavity. Sheep with septic peritonitis are dull, depressed, and anorexic.  Initially, there may be abdominal distension due to gut stasis but inappetance quickly results in a gaunt, drawn-up appearance. 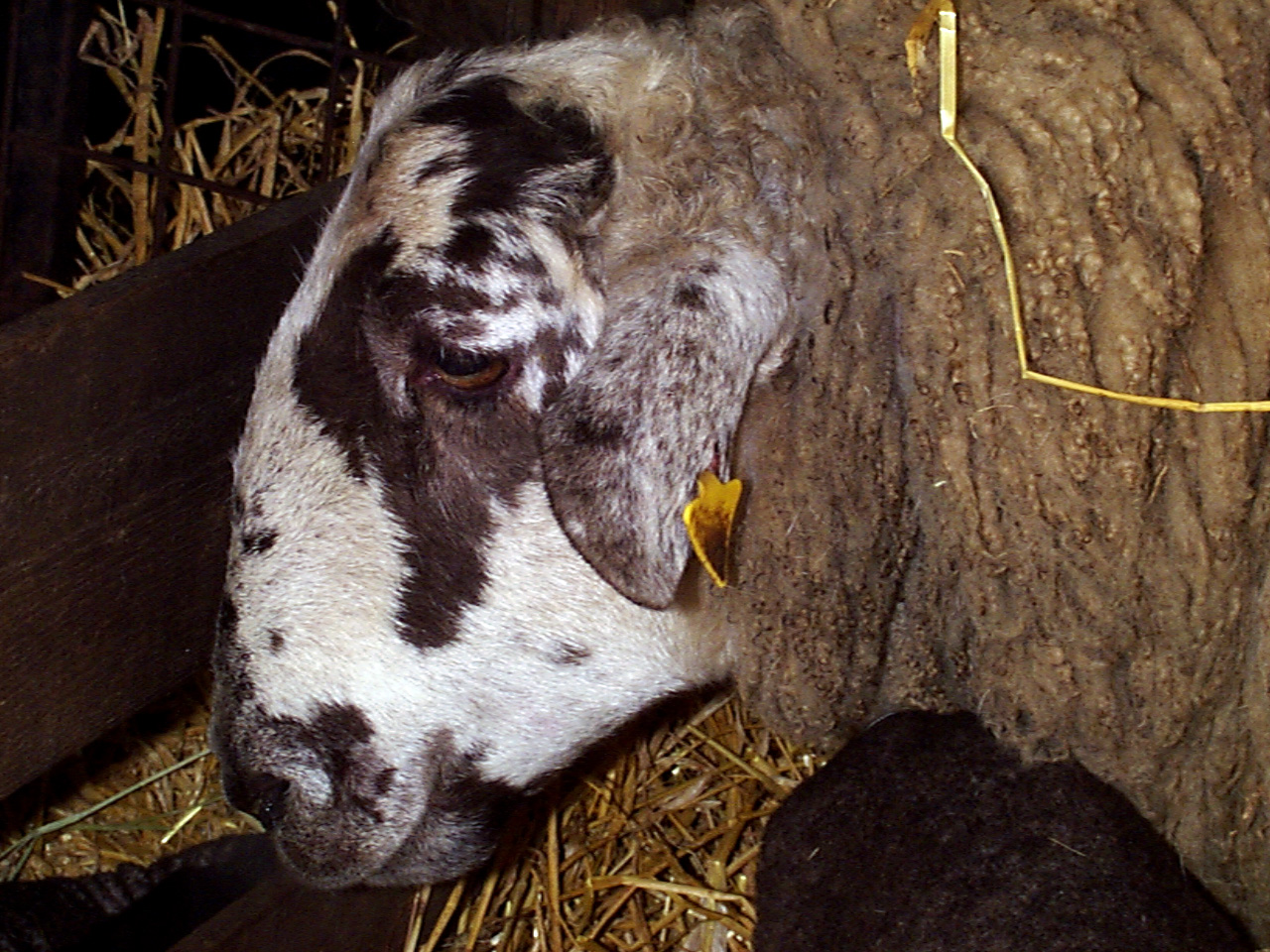 Sheep with septic peritonitis are dull, depressed, and anorexic.

Antibiotic therapy is hopeless and is often only undertaken in the event that the diagnosis is incorrect and the sheep is suffering from metritis or another infectious disease.

Abomasal emptying defect is an uncommon, yet probably under-diagnosed, disorder reported most frequently in pedigree Suffolk sheep but also occurs in other breeds and crossbreeds.  The cause remains unknown but its recognition primarily in Suffolk sheep may suggest an hereditary component. 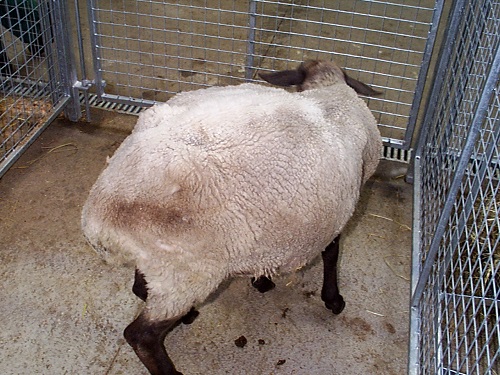 Signs of abomasal emptying defect develop over some months with weight loss and abdominal distension especially on the lower right side.

Signs develop over some months with weight loss progressing to emaciation.  There is increasing abdominal distension especially on the lower right side when the sheep in viewed from behind.

Abomasal impaction should be distinguished from peritonitis and adenocarcinoma which may result in accumulations of excess peritoneal fluid.

The diagnosis is confirmed at necropsy. 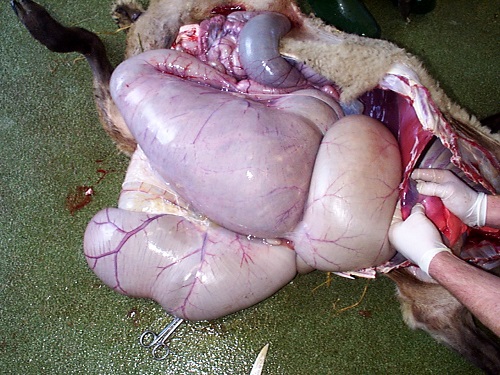 The diagnosis of abomasal emptying defect is confirmed at necropsy.

There is no recognised treatment and affected sheep should be euthanased when all other treatable alternative conditions have been excluded.

There are presently no control measures.  In pedigree flocks because of the likely hereditary nature of this disorder, it would be prudent to cull progeny from sheep which developed this condition and their progeny.