Caseous lymphadenitis (CLA) is a chronic contagious skin disease primarily of sheep and goats with the incidence of disease increasing with age. The epidemiology of CLA varies between countries from little within flock transmission in the United Kingdom, to major proportions in flocks in Australia and United States of America.

Caseous lymphadenitis is caused by the bacterium Corynebacterium pseudotuberculosis. Transmission occurs either directly between sheep during close confinement or, indirectly, via contaminated shearing equipment. Fighting, causing skin lesions on the head, is the major means of disease transmission between rams in the UK. The prevalence of infection increases with age and in sheep kept under intensive management conditions. 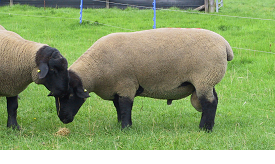 Fig 1: Fighting causing skin lesions on the head is the major means of disease transmission between rams in the UK 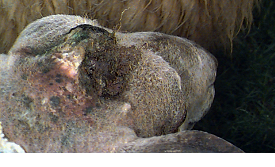 Fig 2: Fighting lesion on the poll may have been the route of CLA infection in this ram. 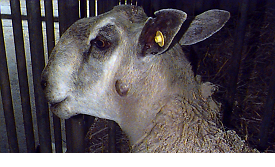 Fig 3: CLA abscessation of the parotid lymph node at the base of the ear. 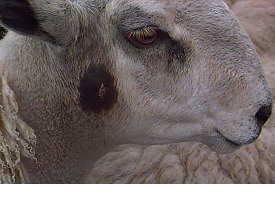 Fig 4: CLA abscessation of the parotid lymph node at the base of the ear. 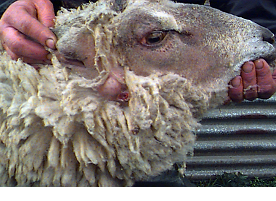 Fig 5: CLA abscessation of the parotid lymph node at the base of the ear.

CLA is characterised by abscessation of superficial lymph nodes (parotid lymph node in this ram). 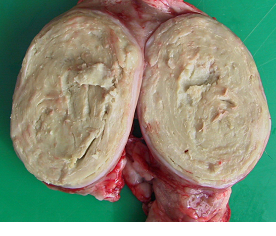 CLA in the UK is characterised by abscessation of superficial lymph nodes particularly the parotid (base of the ear), submandibular (below the jaw), popliteal (hindleg), precrural (hindleg), and prescapular (foreleg) lymph nodes. This form of the disease is often referred to as the cutaneous or superficial form of CLA. Spread of infection to the lymph nodes within the chest and internal organs including lungs, spleen, kidneys and liver, constitutes the visceral or internal form of CLA. Sheep with the superficial form of CLA may show clinical signs of illness only when enlargement of the abscess causes compression of the airway. 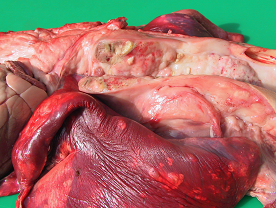 Fig 7: Spread of infection to the lymph nodes within the chest - there has been no further spread and this infection did not produce clinical signs.

In Australia, shearing wounds lead to infection of the prescapular and precrural lymph nodes with less than 1 per cent of lesions affecting lymph nodes of the head region. Carcass lymph nodes may be 15 cm in diameter and are characterised by the lamellar ("onion-ring") appearance of affected lymph nodes containing yellow-green viscous pus with a toothpaste-like consistency. Conversely, CLA in the United Kingdom is characterised by abscessation of the parotid and submandibular lymph nodes.

In the USA, the visceral form of CLA is commonly associated with the "thin ewe syndrome" with lesions in the lungs, liver, and kidneys. Less common sites are the vertebral column, udder, and scrotum. Large lung and mediastinal lesions may result in dyspnoea and this form of the disease is common in the USA, where affected sheep are referred to as "lungers". Spread of infection to cause significant visceral lesions is uncommon in the UK.

Definitive diagnosis of the cutaneous form of CLA should also include actinobacillosis and tuberculosis, and local abscess formation. 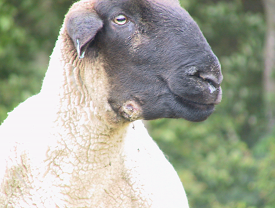 Fig 8: Local abscess unrelated to a lymph node (see below) - this is not CLA. 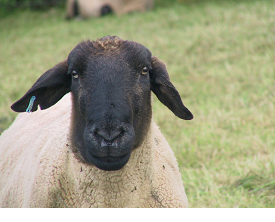 Fig 9: Local abscess unrelated to a lymph node (see above) - this is not CLA. 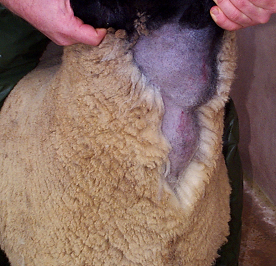 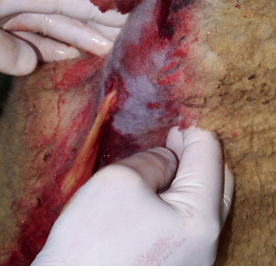 Fig 11: Lancing and drainage of above abscess by a veterinary surgeon.

A positive blood test result indicates exposure to organism and may indicate active infection, however severely debilitated animals may yield a false negative result. The diagnosis is confirmed by culture of C. pseudotuberculosis.

Despite the sensitivity of C. pseudotuberculosis to a number of antibiotics, therapy is often unsuccessful due the intracellular site of the bacteria and the fibrous capsule surrounding the lesions. Lancing lesions only results in contamination of the environment thus increasing the potential for disease spread. Abscesses frequently recur after drainage and lavage with antiseptics.

Disease prevention in clean flocks can be maintained by effective biosecurity measures. In such programmes the role of shearing equipment, and other handling facilities such as mobile plunge dippers and feeders as vectors for disease, must be carefully considered. However, disease risks are highest from purchased animals which must be inspected before purchase and quarantined for at least two months. Replacement breeding stock must be purchased from disease-free flocks whenever possible. Alternatively, sheep should be purchased and blood testing undertaken before admission. 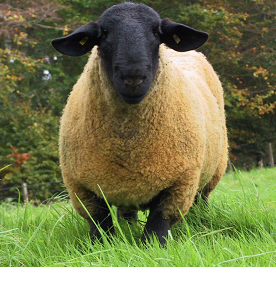 Fig 12: Replacement breeding stock must be purchased from disease-free flocks whenever possible. 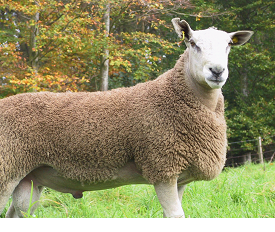 Fig 13: Purchased animals - must be inspected before purchase and quarantined for at least two months.

In unvaccinated flocks, all seropositive animals must be culled and testing repeated until disease is eliminated.