Lameness in sheep is a significant cause of financial losses with an estimated cost to the UK industry of £28 million per year. It creates serious welfare implications and negatively impacts public perception of sheep farming with three million UK sheep thought to be lame at any one time. In addition, two thirds of antibiotic use in sheep is thought to be used in treating lameness.

The sector has identified lameness reduction as a key area in the fight against antimicrobial resistance. A target for flocks of less than 2% lameness by 2021 has been set by the Farm Animal Welfare Council. The industry has produced the Five Point Plan for sheep lameness to provide evidence based advice for farmers and vets to follow to achieve this target.

Most outbreaks of lameness in sheep are caused by bacterial infections. Scald (interdigital dermatitis) and footrot are caused by Dichelobacter nodosus which can spread rapidly in the UK's temperate climate. Contagious Ovine Digital Dermatitis (CODD) is associated with Treponeme bacteria which enter flocks on infected sheep but many CODD lesions also contain footrot bacteria. Less common causes of lameness are non-infectious and include toe granulomas, white line or toe abscesses and shelly or overgrown hoof.

The important risk factors for foot lameness are damage to the skin between the claws by exposure to moisture and mechanical abrasion, and transmission of bacteria from infected sheep due to poor biosecurity and / or delayed treatment of clinical cases. Inappropriate trimming increases the risk of bacterial spread and long term hoof injury.

Scald is the most common cause of lameness in lambs and occurs most commonly when underfoot conditions are wet, often in late spring. At grass, the prevalence is much greater in lambs than in ewes, but scald can become problematic in housed ewes, when straw bedding becomes wet and warm. The skin between the claws is red and swollen and covered by a thin layer of white discharge. There is no under-running of the hoof wall or sole. 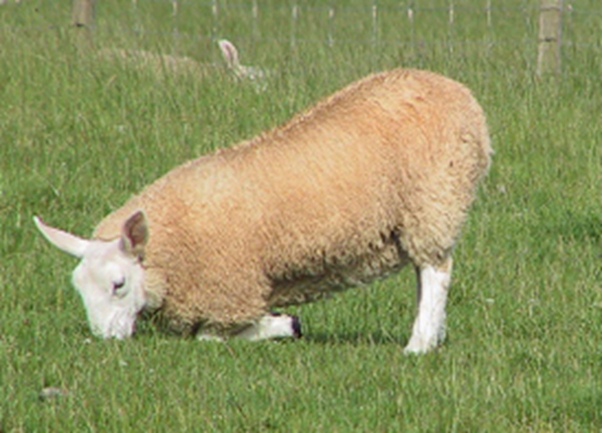 Figure 1.  Many outbreaks of lameness in lambs are caused by scald

Scald causes severe temporary lameness which interferes with grazing although sheep become sound one to two days after appropriate treatment.  Prompt treatment ensures there is no impact on growth rate. Delayed treatment can cause failure to gain weight or even weight loss. 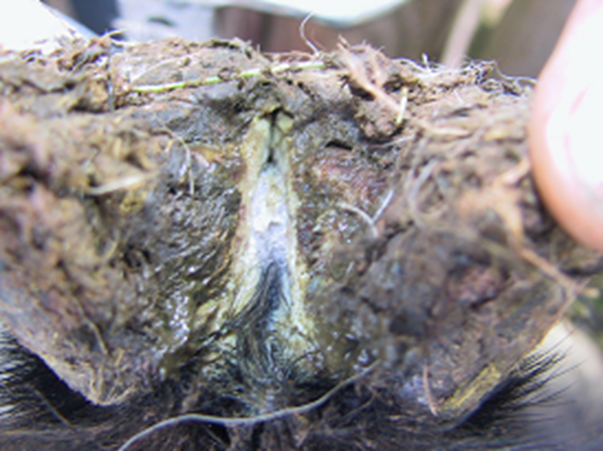 Figure 2. Scald - the skin between the claws is swollen and covered by a thin layer of white discharge

Footrot is an extremely painful disease and affected animals can lose weight rapidly. Sheep with footrot are very lame, lie down for long periods and may not bear weight on the affected leg.  When both front legs are affected, sheep walk on their knees. There is swelling and moistening of the skin between the claws with infection spreading to separate the horn tissue of the sole and extend up the wall in neglected cases. There is a characteristic, foul-smelling discharge. The whole hoof capsule may be shed in severe cases and chronic infection leads to grossly mis-shapen and overgrown hooves. 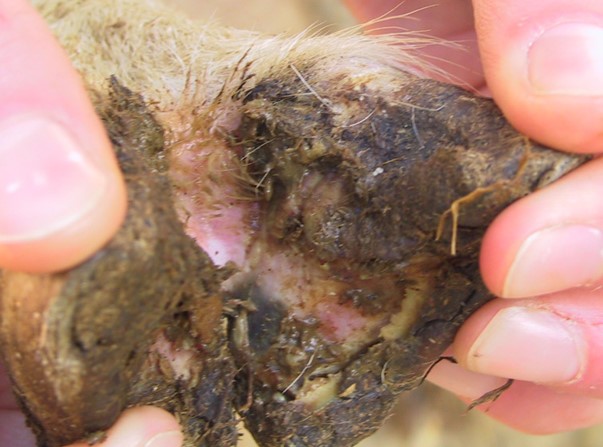 Figure 3. An early case of footrot with infection spreading under the horn tissue and separating the sole 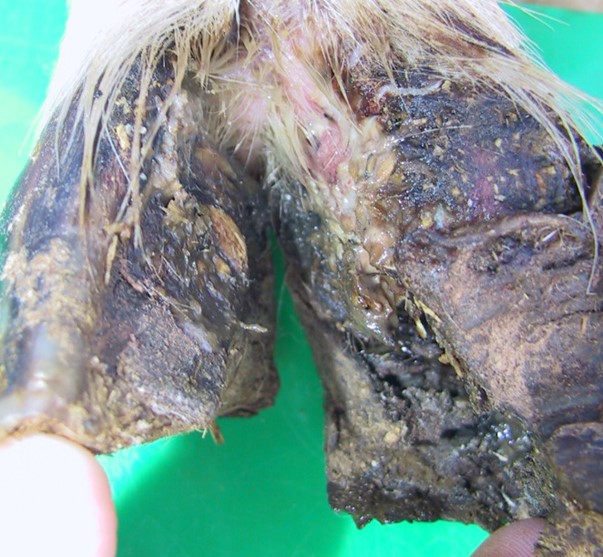 Figure 4. An advanced case of footrot with infection under-running the sole and extending up the inner hoof wall to the coronary band 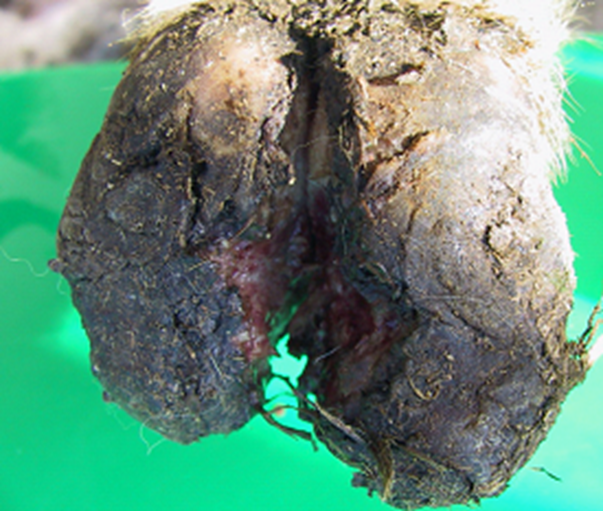 Figure 5. Severe footrot where infection has spread under the horn tissue of the sole. The red living tissue has become exposed causing severe pain 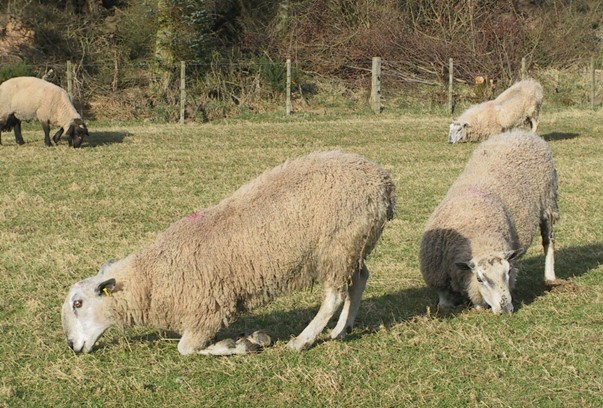 Figure 6. Footrot in both front legs has caused severe lameness in all three Blueface Leicester rams in this group

Sheep with CODD show severe lameness typically affecting one claw of one foot with reluctance to bear weight. Initially small ulcers develop at the coronary band (the junction of the hoof wall and haired skin of the pastern) which can become so severe that the whole hoof capsule detaches. The damage caused by CODD can be so severe that horn regrowth is permanently damaged. In the early stages not all affected sheep will be lame so careful examination of purchased animals for signs of CODD is essential. 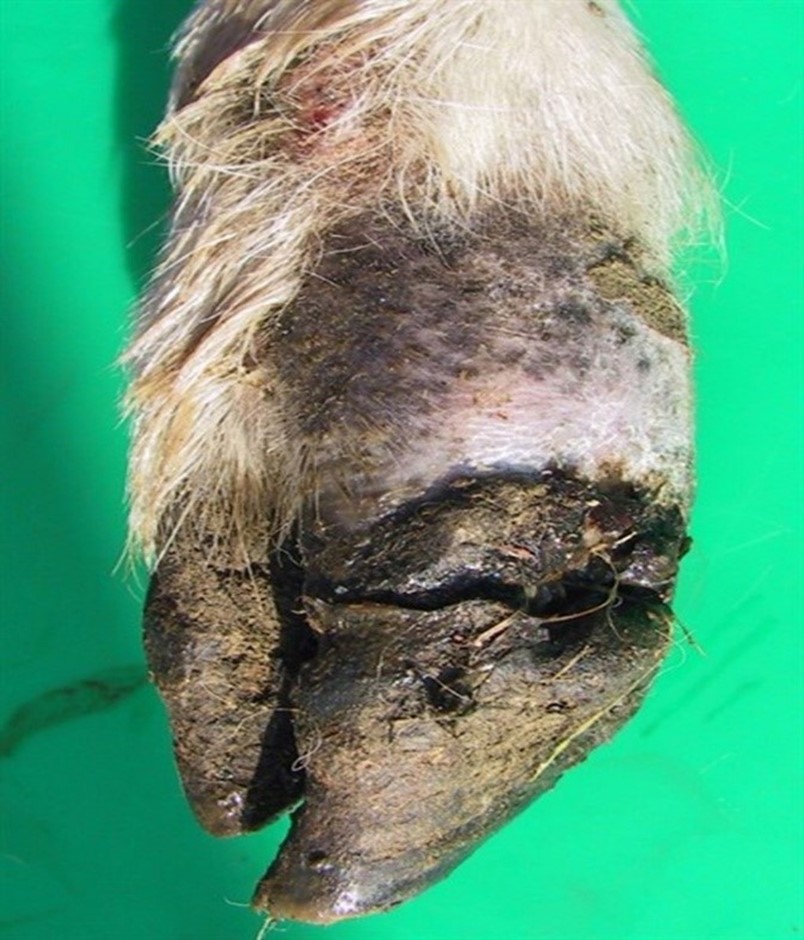 Figure 7. CODD lesion at the coronary band with under-running of the hoof wall towards the toe 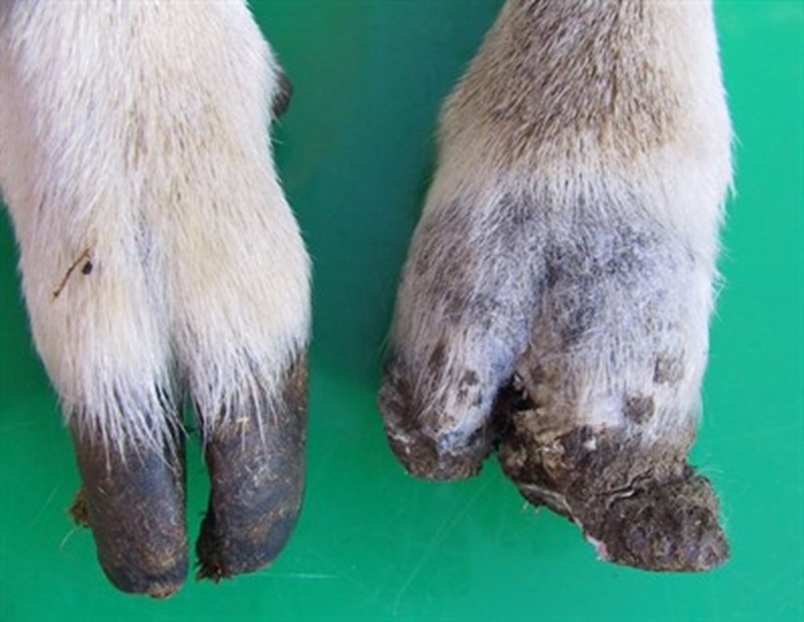 Toe granulomas are painful, red swellings from the growing tissue caused by over-trimming or chronic irritation from untreated lesions or chemical irritation. They are difficult to treat and veterinary advice should be sought. 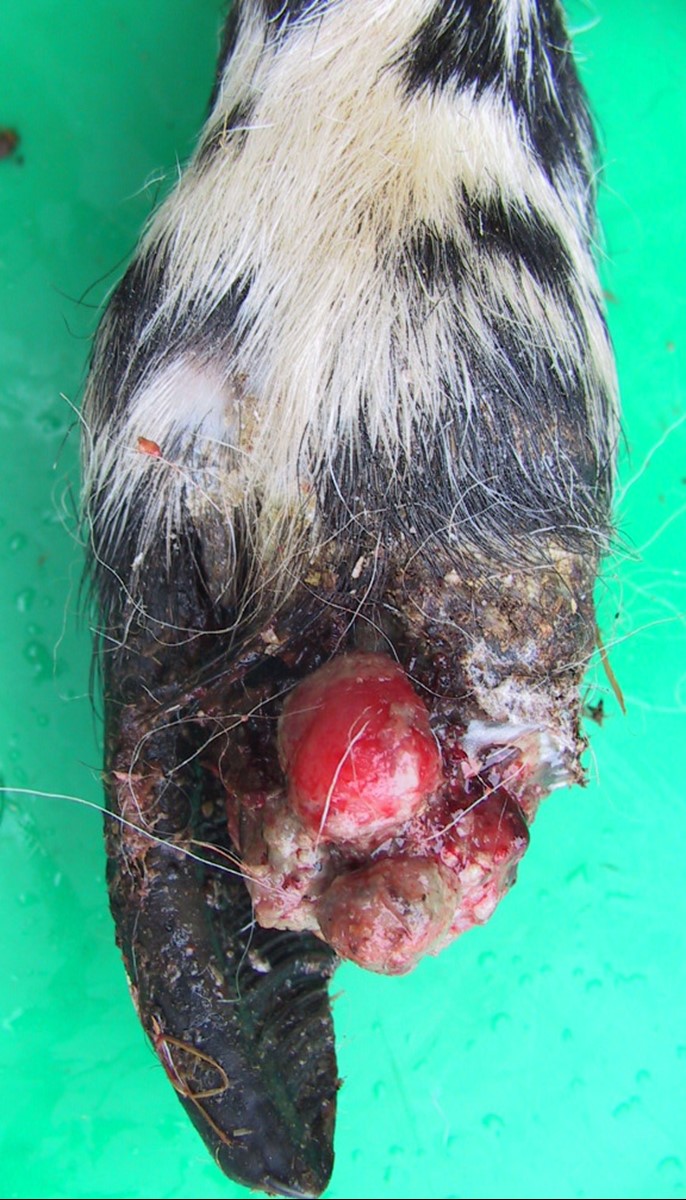 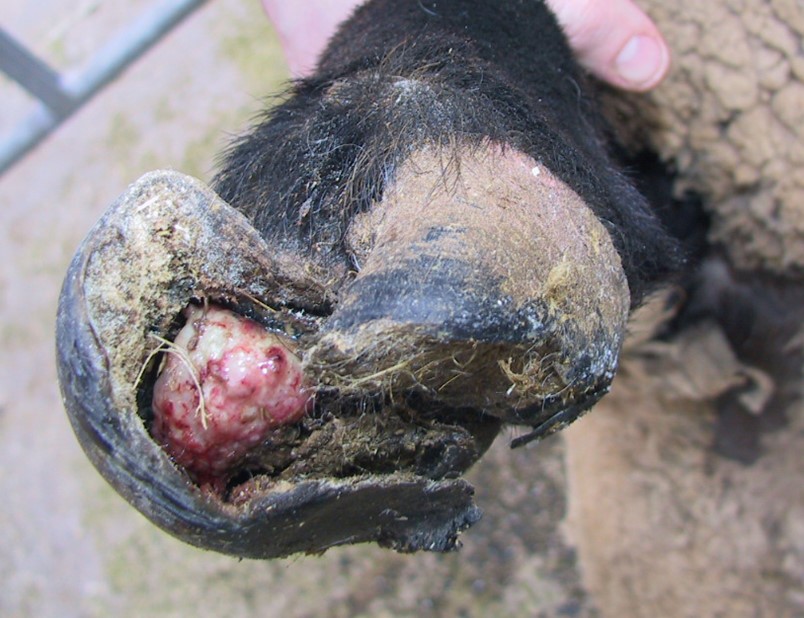 Figure 10. Toe granuloma with overgrown horn which should only be trimmed when the sheep is no longer lame

When feet become overgrown through lack of wear, without infection, the wall and toe horn can become long and loose. This is called shelly hoof and may not cause lameness.

Penetration of the white line - where the wall and the sole join - by stones or sharp objects causes white line disease. This can cause lameness and can become infected, progressing to a white line abscess which may progress right up the wall and burst out at the top of the foot.

The diagnosis for all causes of sheep lameness must be confirmed by inspecting the feet after removing any contamination. A useful decision tree for diagnosis can be found on AHDBs Five Point Plan at http://beefandlamb.ahdb.org.uk/wp/wp-content/uploads/2015/06/BRP-Lameness-five-point-plan-110615.pdf but where in doubt, particularly for a diagnosis of CODD or suspicion of blisters around the coronary band, veterinary advice must be sought.

Individual cases of scald can be treated using antibiotic aerosol sprays. When several animals are affected, treating all sheep in the group in a 10% zinc sulphate solution or 3% formalin in a footbath usually provides effective control. Antibiotic footbaths are not justified.

After footbathing sheep must stand in a dry area so that the formalin or zinc sulphate can dry on the feet - design of the handling facilities is essential. It is usually necessary to repeat the foot bathing at weekly or two weekly intervals throughout the risk period to prevent disease transmission and more lame sheep. No foot trimming is necessary for interdigital dermatitis 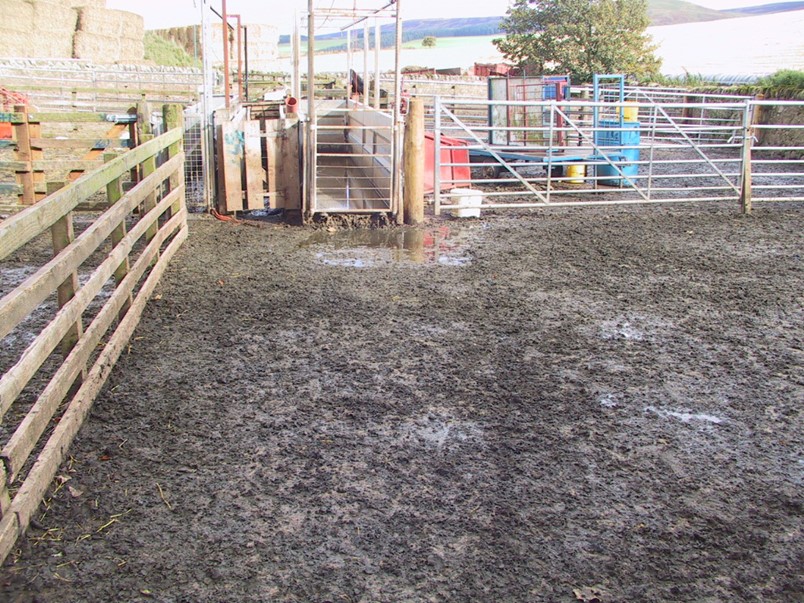 Figure 11. Footbathing is most effective if the sheep have clean, hard standing available afterwards. All equipment must be clean before use.

The current, recommended treatment for footrot is an injection of long acting oxytetracycline into the muscle at a dose rate of 10 mg/kg, together with removal of any debris from the interdigital space and use of an antibiotic spray. Most sheep recover from lameness within a few days, a few may take up to 10 days and lesions heal over a similar period. Affected sheep must be isolated with other sheep undergoing similar treatment. Mark the treated limb and ensure every treatment for lameness is recorded for each individual animal.

Treatment of footrot with long acting antibiotics in the macrolide family e.g tulathromycin (Draxxin) must be discussed and authorised by your vet. This group of antibiotics are sometimes considered as critically important and are restricted by some assurance schemes and food chains.

Paring the hoof horn in cases of footrot exposes or damages the sensitive growing tissue (corium) causing pain, delaying healing and sometimes resulting in toe granulomas. It is also an effective way to spread footrot bacteria and is not recommended. Very loose horn should be carefully trimmed once the footrot lesion has resolved and the painful corium will not be exposed.

Footbathing is not an effective way to treat footrot and high concentrations of formalin will cause pain and increase granuloma formation. 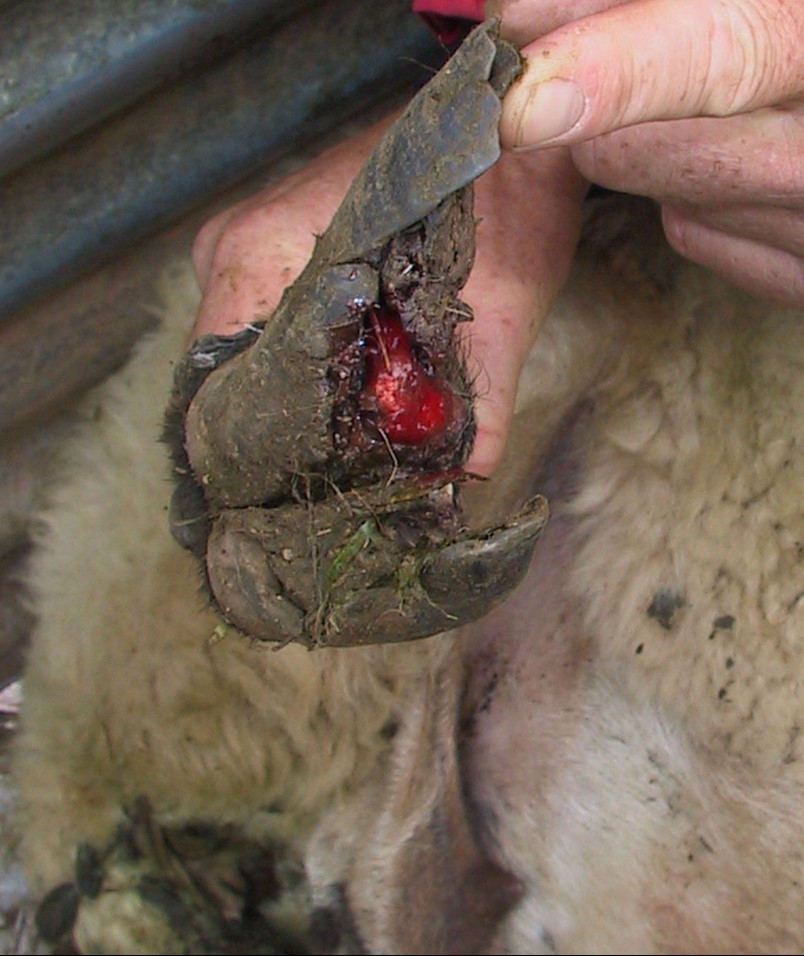 Figure 12. A neglected case of footrot with complete under-running of the sole and an overgrown outer hoof wall.  Excess flaps of horn can be trimmed about one week after antibiotic treatment when the foot will be much less inflamed and painful.

The treatment for shelly hoof which is causing lameness is careful foot trimming to remove the loose horn only.

Cases of white line disease and white line abscess both require careful foot trimming to remove the foreign material and allow the pus to drain out if present. Antibiotics are required if the foot is hot or swollen.

Lameness control strategies in sheep are based on the Five Point Plan which has been demonstrated on UK farms to be highly effective in reducing the incidence of lameness to consistent, very low levels. The elements work together to control lameness by: 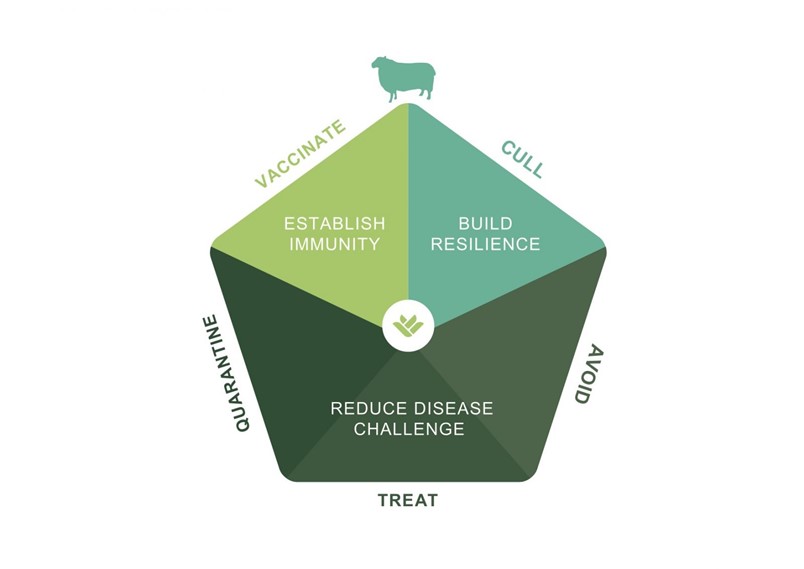