Blowfly strike results from the opportunistic invasion of living tissue by the larvae of Lucilia sericata (greenbottle flies), Phormia terraenovae (blackbottle flies) and Calliphora erythrocephala (bluebottle flies). Primary flies such as greenbottles initiate strike on living sheep with soiled fleece or wounds, while secondary flies such as bluebottles and blackbottles only attack areas which are already struck or damaged.

Blowfly populations are greatest during the summer months, although due to changes in climate the risk period can be from March to December in some lowland areas.  The entire life cycle from egg to adult can occur in less than 10 days in optimal conditions.

Adult female flies deposit eggs on dead animals or soiled fleeces and eggs hatch into first stage larvae within about 12 hours. These larvae feed on skin and faecal material, becoming mature third-stage maggots in as little as 3 days if temperature and humidity are at optimum levels.  Third-stage maggots then drop to the ground and pupate; mature flies emerge after 3 to 7 days between May and September. Flies can over-winter in the soil as pupae and emerge as soil temperatures rise during the spring. 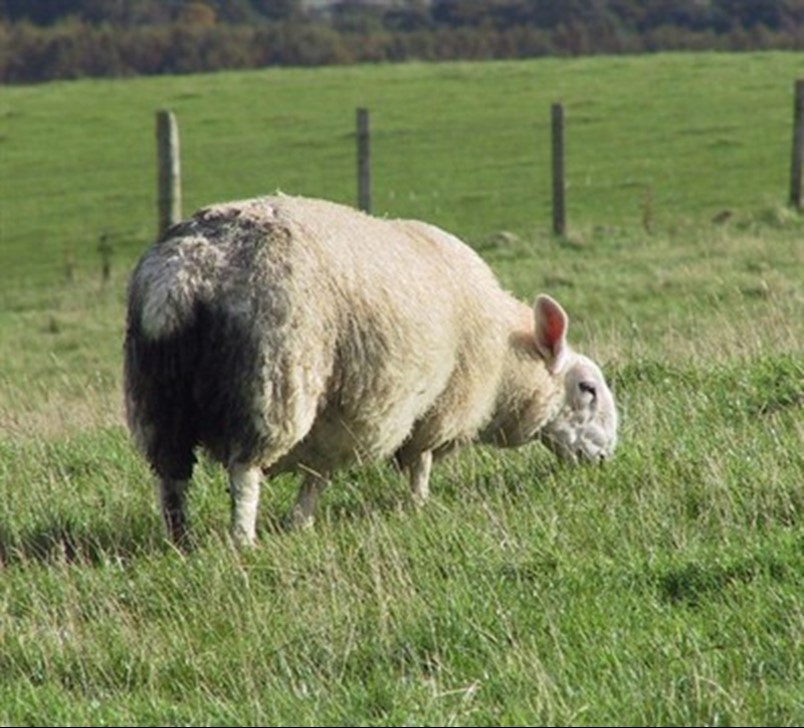 Figure 1. Adult flies are attracted to areas of faecal soiling of the fleece

Maggots are active and feed voraciously, causing skin and muscle damage by secreting enzymes. Secondary blowflies are attracted by the smell of decomposing tissue. Toxins released by damaged tissues and ammonia secreted by the maggots are absorbed through the lesions into the sheep’s bloodstream, causing illness and death in severe cases. Secondary bacterial infections are common and may also cause death if untreated.

Blowfly strike is a major animal welfare concern: an average of 1.5% of ewes and 3% of lambs in the UK may be affected each year, despite preventative measures undertaken by most farmers. This number will be much higher if no control measures are adopted. At least 75% of sheep farms report cases of blowfly strike each year. Flystrike of foot lesions causes severe non-weight bearing lameness, compounding the welfare implications of lameness alone. Death can result in neglected cases, with mortality associated with fly strike estimated at 5% of affected animals.

Unlike the situation for sheep scab and lice, most of the blowfly lifecycle occurs off the sheep and adult flies can travel large distances between farms. 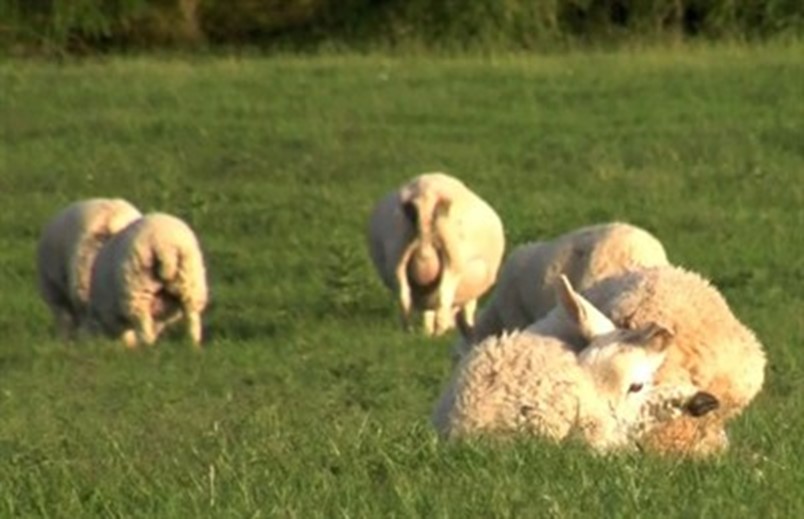 Figure 2. Disrupted grazing in this lamb affected by blowfly strike – note other lambs in the group are grazing normally.

Adults flies are attracted to areas of soiled fleece surrounding the tail or breech, and less commonly to wounds, footrot lesions, lumpy wool lesions on the skin, and urine scalding around the prepuce. The main clinical signs include: 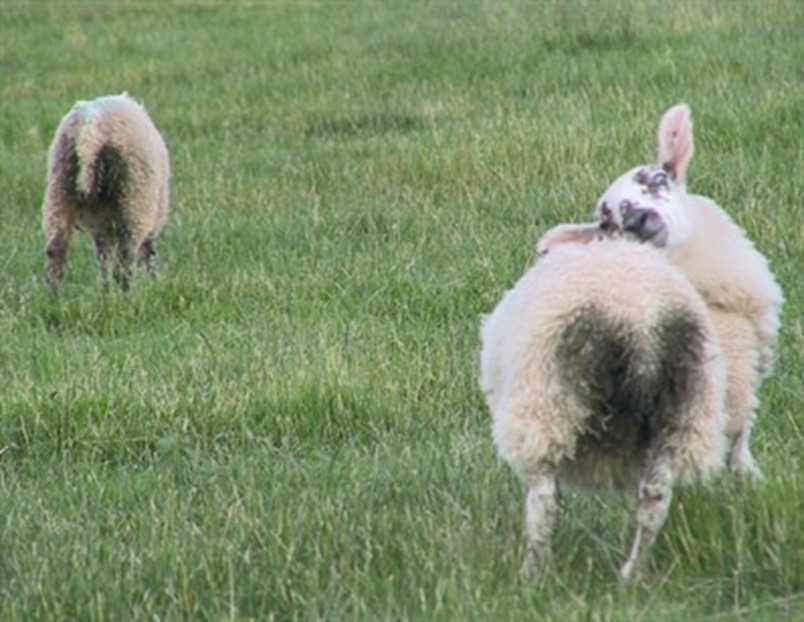 Figure 3. Lamb nibbling at the flank and tail head. Note faecal staining of the perineum caused by poor control of parasitic gastroenteritis.

Blowfly strike lesions may range from small areas of skin irritation with a few maggots to extensive areas of traumatised and devitalised skin resulting in death of the sheep. Most commonly the back end of the sheep will be affected, but lesions may also be seen over the withers, back, shoulders and head. 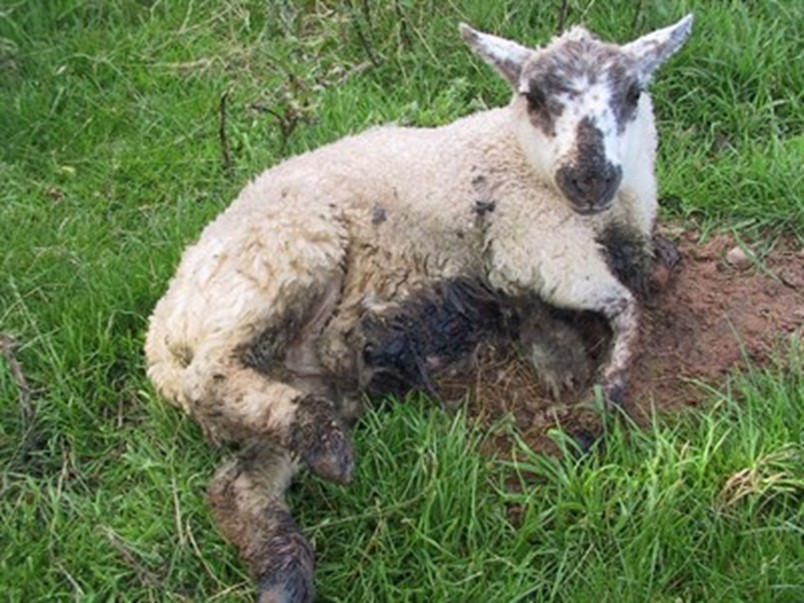 Figure 4. Blowfly strike around the prepuce with flies attracted by urine scalding in this castrated male lamb.

It is a legal requirement to inspect all sheep daily during the highest risk periods for signs of blowfly strike; disease is easily detected by observing sheep whilst grazing. Gathering sheep into a group with dogs will obscure this abnormal behaviour, meaning that early signs of disease may be missed. 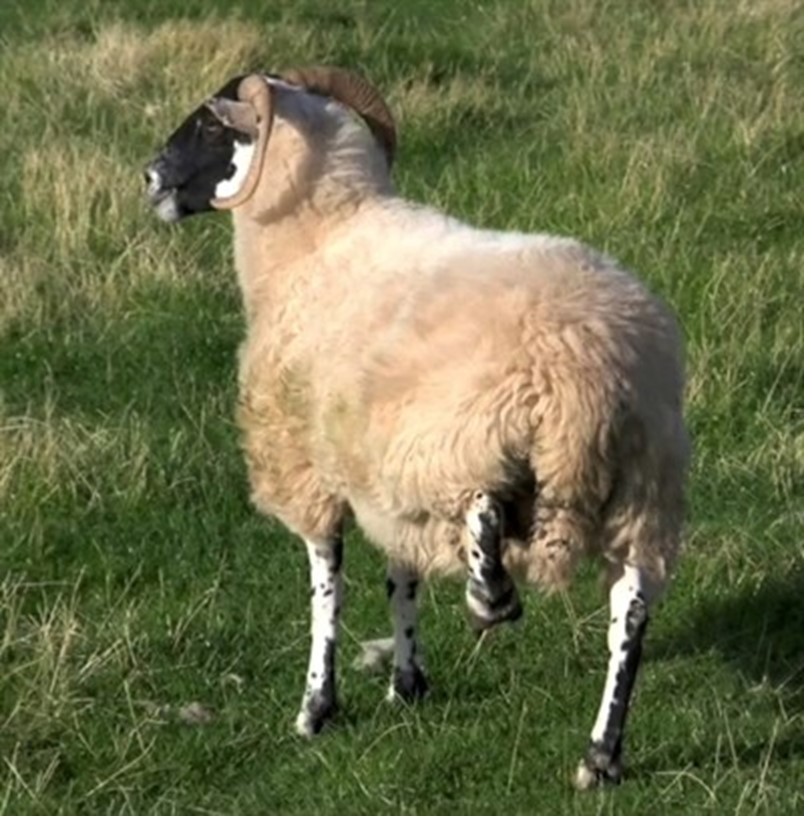 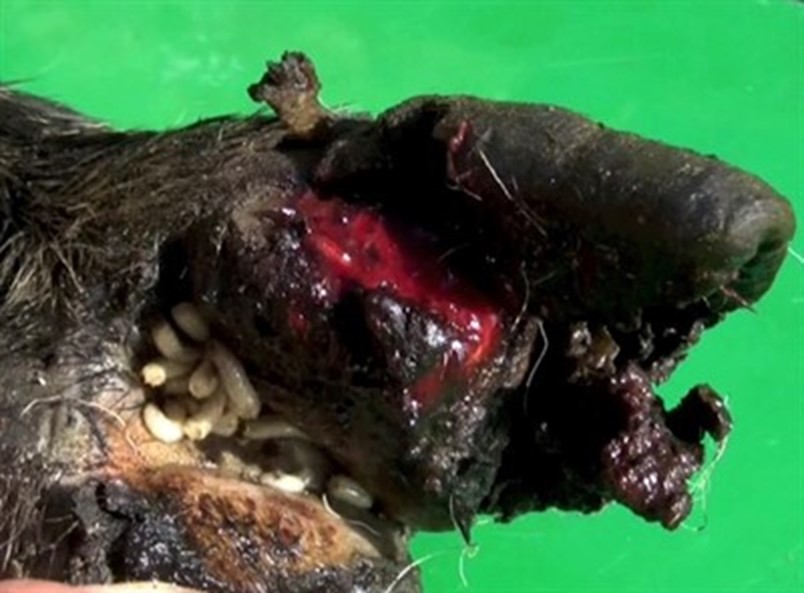 Figure 6. Maggots infect the interdigital space of a sheep with footrot (see above). 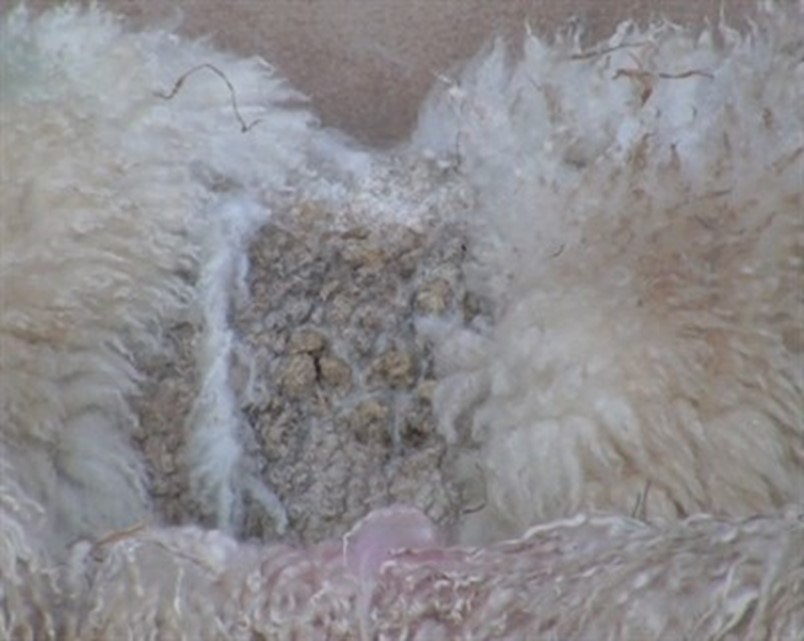 Diagnosis is based on visual inspection: large numbers of adult flies are seen on the discoloured fleece with maggots on the blackened skin once the surrounding fleece has been lifted clear.  There is an associated putrid smell. Skin which has been previously damaged by flystrike may grow black wool. 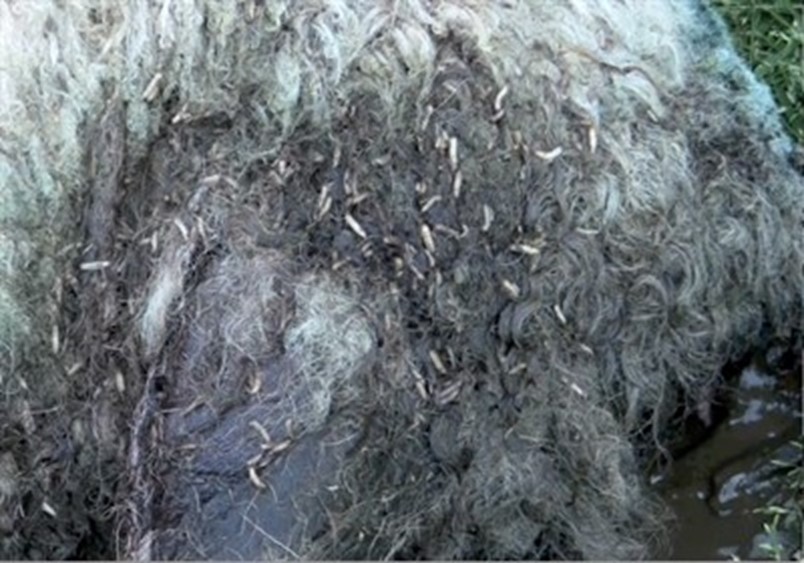 Figure 8. Neglected case of blowfly strike with large numbers of maggots on the skin and in the surrounding fleece.  Some wool has been lost and the skin is black and leathery. 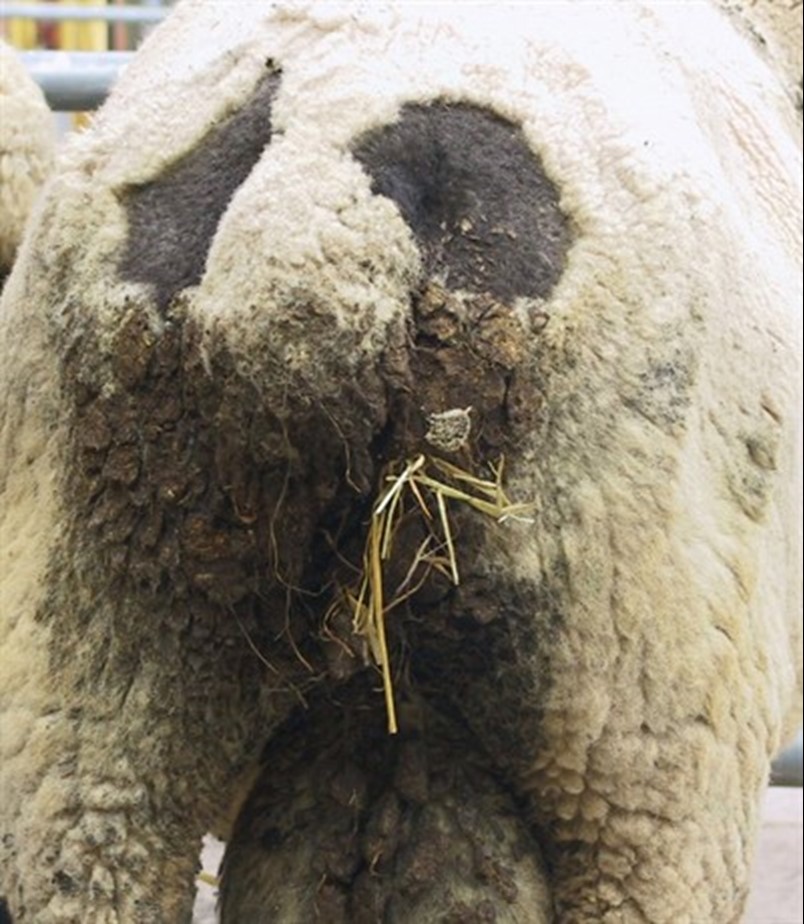 Figure 9. The wool has grown back black after skin damage from blowfly strike in this Suffolk ram 3-4 months earlier.

Treatment of individual affected sheep involves physical removal of maggots, cleaning and disinfection of wounds and supportive treatment such as antibiotics, fluids and non-steroidal anti-inflammatories (NSAIDs) under direction from your vet.

Treatment by plunge dipping using an organophosphate preparation may be undertaken but it is more usual to treat individual animals with dip wash applied directly to the struck area after first clipping away overlying wool. 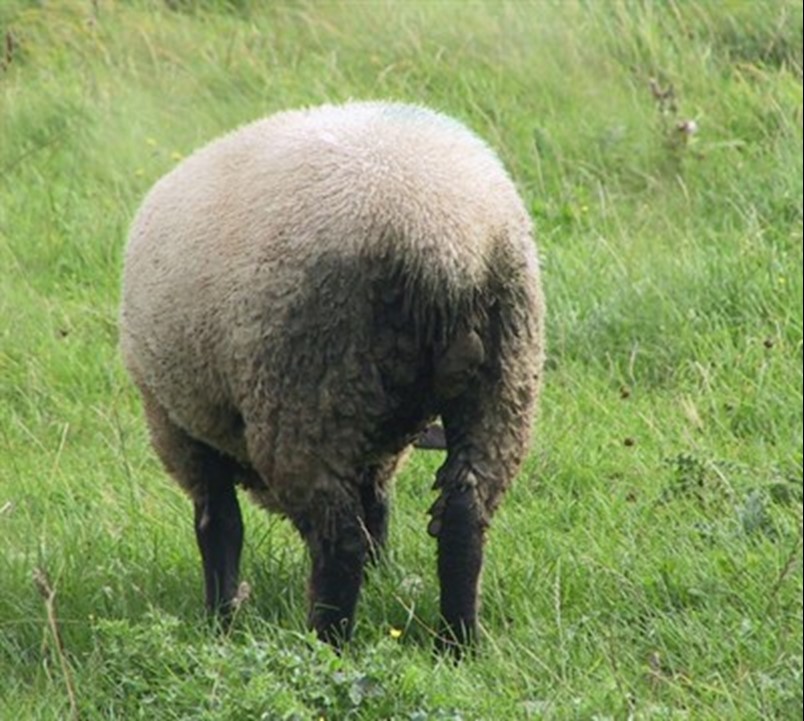 Figure 10. This lamb must be dagged immediately as blowflies will be attracted to this area. 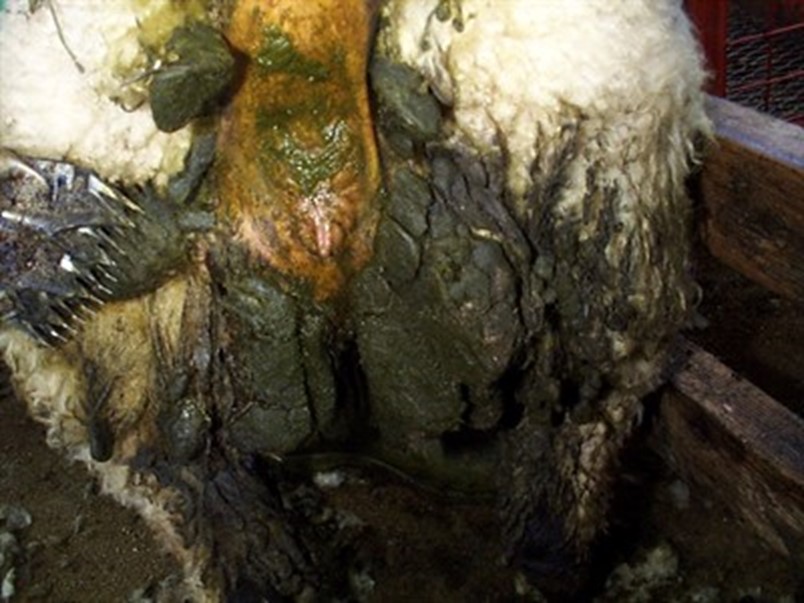 Table 1. Summary of chemical products available for the treatment and prevention of Blowfly Strike

See https://www.scops.org.uk/workspace/pdfs/blowfly-product-options-table.pdf. for more information about products suitable for treatment and prevention,

Prevention of blowfly strike is an integral part of your veterinary flock health plan. The main costs of blowfly strike are associated with prevention of disease; frequent inspection of sheep coupled with labour-intensive preventative treatments usually cost more than treating a few affected animals, however failure to protect the flock is a major welfare risk and could result in a serious disease outbreak. 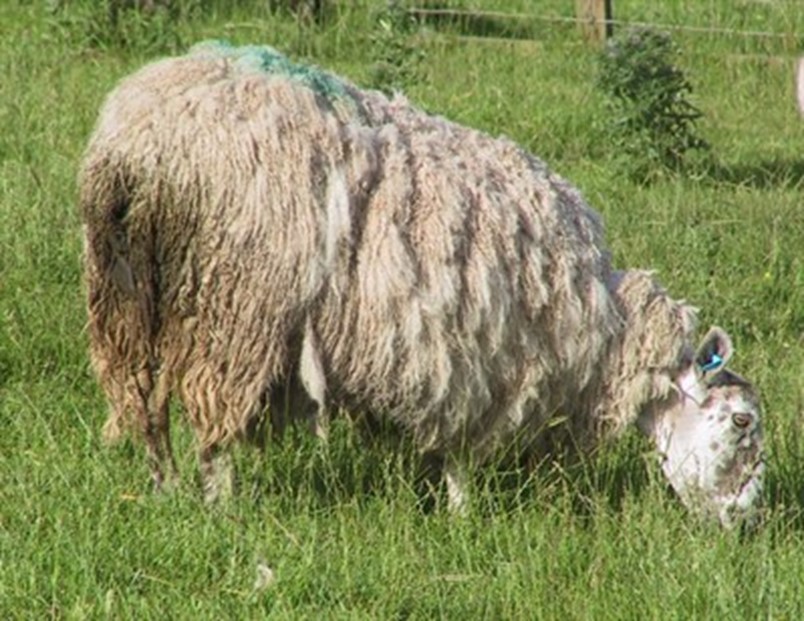 Figure 12. Shearing must not be delayed otherwise flystrike will occur. 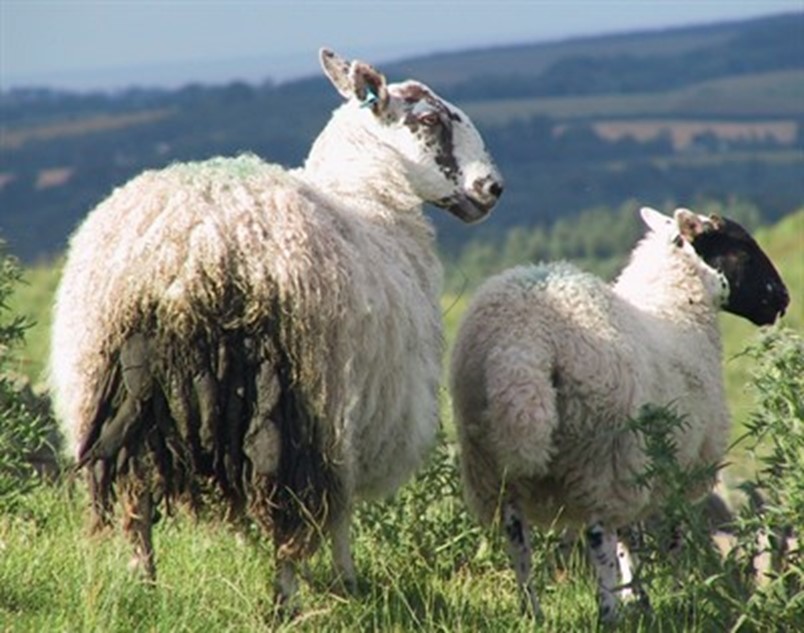 There are various strategies that can be employed to reduce the risk of blowfly strike in the flock:

It is vital to adhere to all datasheet instructions regarding application, disposal and withdrawal periods associated with dips and pour-on products. 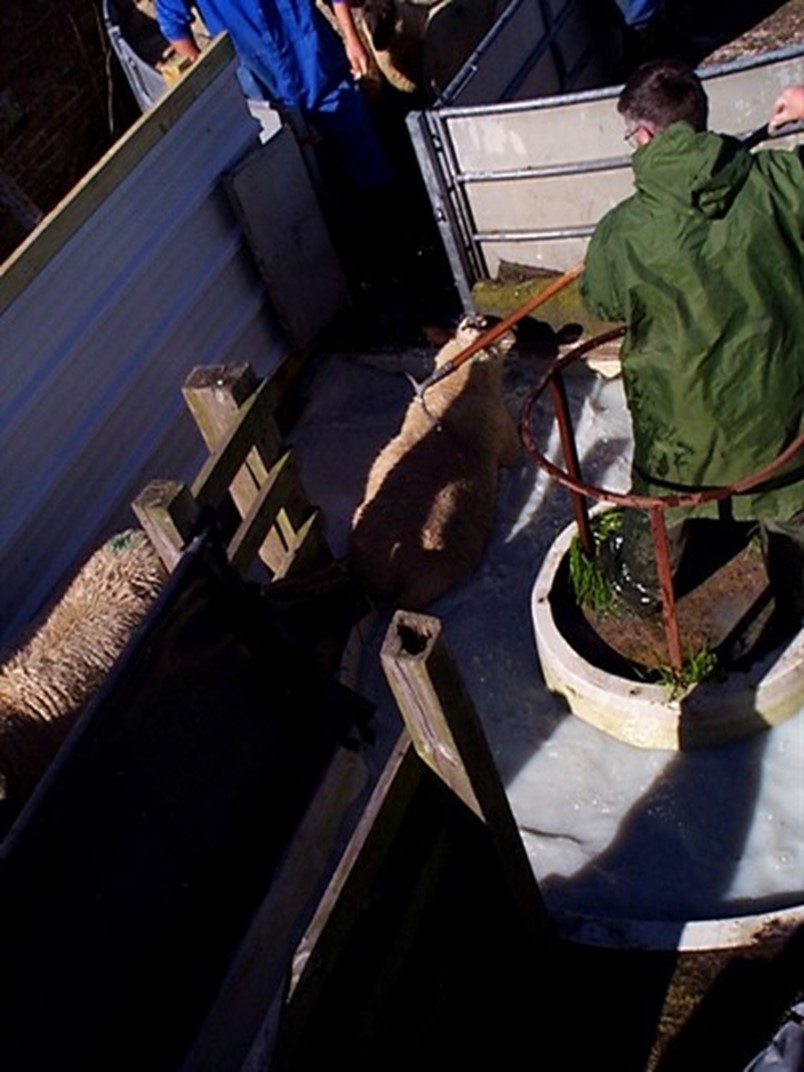 Figure 14. Dipping should be carried out by trained operatives following datasheet instructions closely.

It should be noted that the use of dipping to prevent blowfly strike may also help to treat or prevent infestation with sheep scab and lice, reducing the need to use injectable products against these infections. See the sheep scab bulletin for more information. 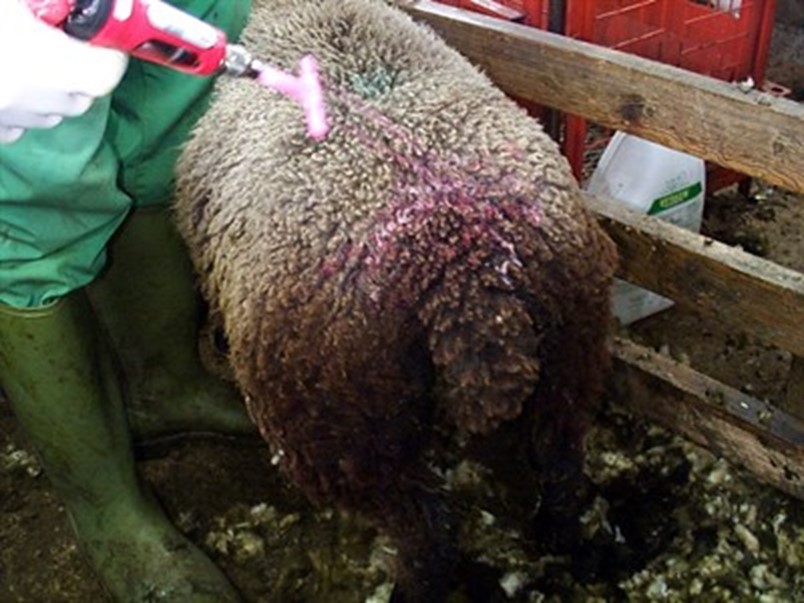 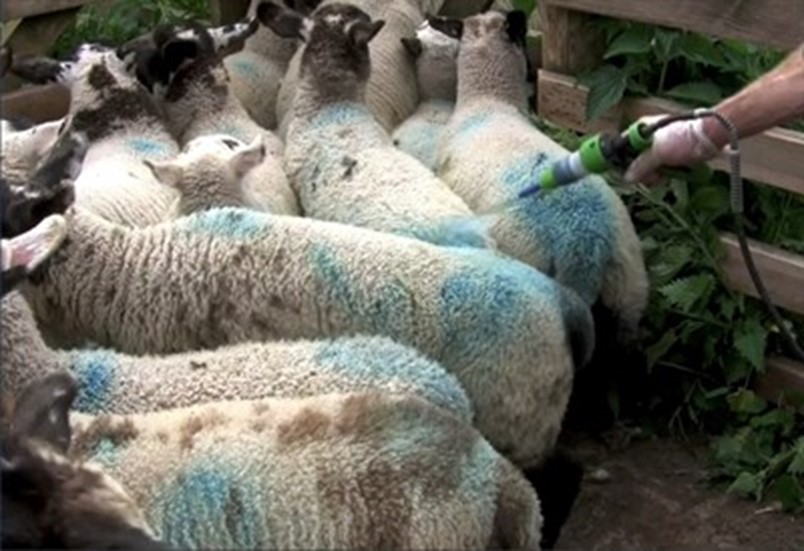 Figure 16. Care must be taken to apply the correct amount to the breech area of all sheep at-risk.