As the milk yields of cattle have increased over recent years, the energy density required to sustain production has also had to increase.

Cows are ruminants, and have evolved towards the slow bacterial breakdown of relatively indigestible forages as a means of sustaining themselves. It comes as no surprise that when a palatable, rapidly fermentable feed is introduced to an ill-prepared rumen environment that the delicate balance of the rumen environment may be easily upset.

Inadequate chopping or mixing of straw promotes ration sorting, which may precipitate sub-acute ruminal acidosis. SARA is best described as a transient decrease in rumen pH, towards acid away from neutral. It differs from acute acidosis in that the rumen is normally able to 'recover' without outside intervention and is unlikely to bring about immediate critical illness. This does not mean it is a disease without economic consequence; the financial impact of SARA on a herd can be substantial, yet these losses are often insidious and frequently go un-noticed.

SARA occurs when organic acids, such as volatile fatty acids (VFAs) and lactic acid, are produced by the rapid breakdown of feeds that overwhelm the natural buffering capacity of the rumen. These acids are normally removed via the finger-like papillae that line the rumen wall, or are neutralised by bicarbonate, which is naturally present in abundance in bovine saliva. The length and absorptive capacity of ruminal papillae increases with exposure to starch / 'concentrate' diets, but they take 4-6 weeks to adapt. This is why increasing the concentrate portion of the diet should always be done slowly, and why SARA is more frequently identified in post-calving transition cows. 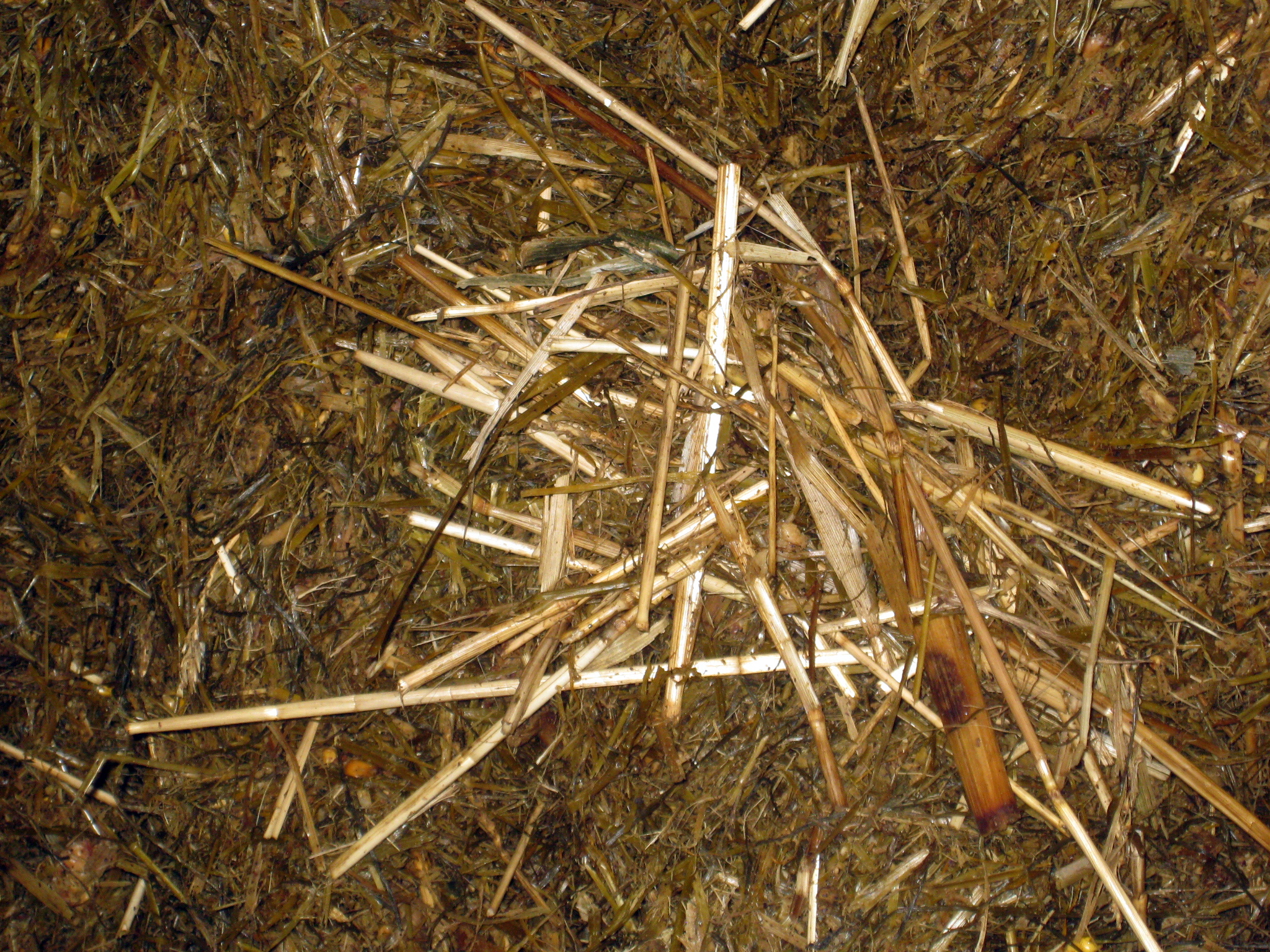 It is well recognised that cows suffering from SARA have much poorer feed intakes, although the exact mechanisms are still unknown. This reduction in DMI has serious consequences for production and energy balance of the cow, which in turn will have adverse effects on fertility.

The bacteria responsible for the breakdown of fibre are the least tolerant to changes in rumen pH. Digestibility of fibre is decreased by around 20-25% in animals with SARA. This again has serious consequences for nutrient supply to the animal.

SARA is frequently, but not invariably, associated with a drop in milk butterfat. Typically this is around 0·3% but has been known to be >1% in some circumstances. Milk volume may also drop; a decrease of 2.7L was reported by one US study.

4. Diarrhoea and changes in faeces

Herds with SARA will frequently observe a proportion of animals with diarrhoea (fig. 2). Faeces tend to be watery with small bubbles and have a sour, acidic smell; affected animals tend to tail swish due to the irritation. Increased particle sizes may be observed in the faeces (up to 1-2cm from compared to normal <0·5cm) including undigested grains (fig 4). Fibrin casts - pieces of stringy mucous - are also often present. 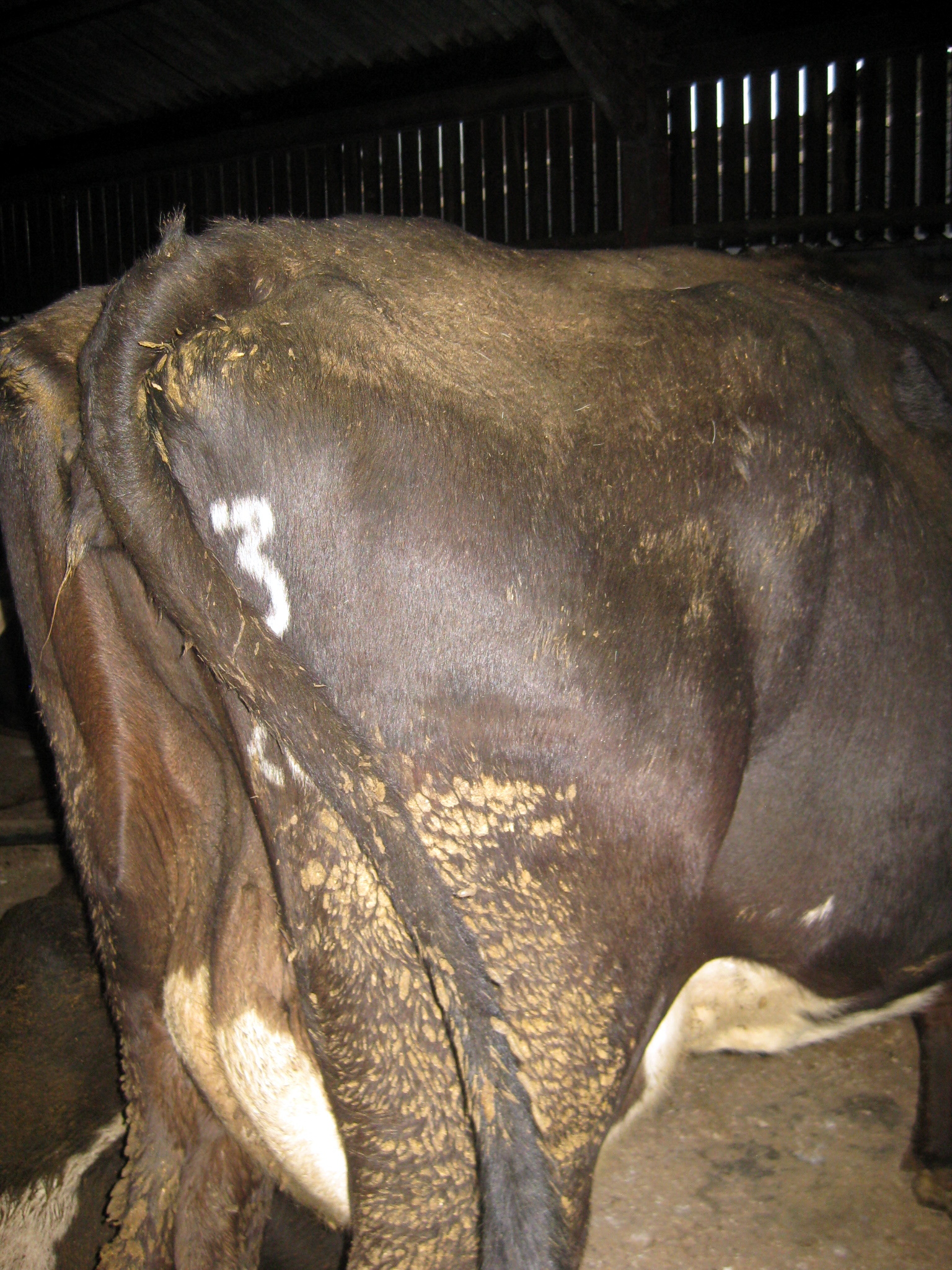 Fig 2: Poor cleanliness scores in cows indicate overly loose faeces or diarrhoea and may be a sign of SARA.

Although this is probably over-emphasised by many, SARA has been associated with coriosis (laminitis). The exact mechanism of this is not fully understood, but herds with moderate to severe SARA do appear to see an increase in the incidence of sole ulcer, bruising and abnormal claw growth.

Subjectively, animals with SARA tend to look poor. Odd animals may drop their cud and often appear 'off colour' for a short period of time. Low cleanliness scores are typical of SARA herds, which have knock-on effects for somatic cell count and clinical mastitis incidence. 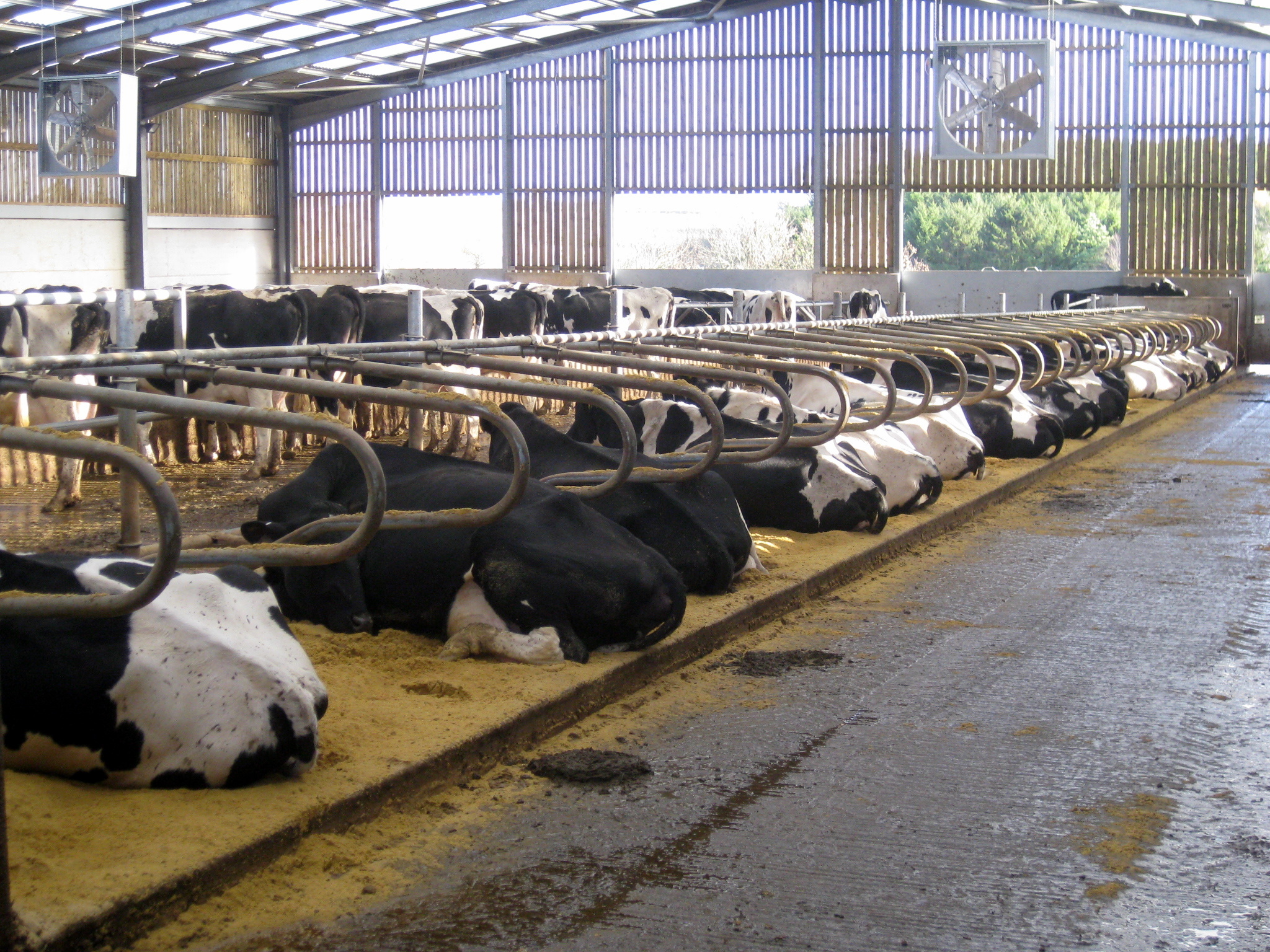 Fig 3: Cows produce more saliva for ruminal buffering when laid down and comfortable. High comfort scores should be aimed for.

The only way of conclusively diagnosing SARA is via veterinary sampling of ruminal fluid by either rumenocentesis or through stomach tube collection. It is best to avoid SARA by identifying, anticipating and reducing the risk factors that may precipitate it; where many of these risk factors are present, it is highly probably that there will be periods when SARA is present.

The formulated 'on paper' ration can give an indication as to the relative risk of SARA. Broadly speaking the lower the amount of physically effective fibre from forages in the diet, the higher the risk. Formulated rations with any of the following characteristics would be considered as potential risks for SARA:

SARA may still occur in grass-based systems, particularly around turnout in Spring, when lush, rich pasture lacks insufficient fibre and the assumption that this is not a disease of grazing cattle is false. It is important to emphasise that it is perfectly possible to feed more 'pokey' rations provided suitable consideration is given to the feeding management, ration presentation and particularly day-to-day consistency.

Although the formulated ration obviously has great bearing on the relative risk of SARA, the physical structure of the diet and the method of feeding is equally, if not more, important. The greater the load of concentrate delivered to the rumen, the quicker and further the fermentation and the lower the pH will drop.

By far the most effective buffer of the rumen is the action of chewing, which stimulates bicarbonate-rich saliva production. Physically effective fibre is those portions of the ration which have a high enough cellulose and lignin content to promote chewing.

While the definition of physically effective fibre relates to the proportion of the dried forage / TMR unable to pass through the holes on a 1.18mm sieve, in practical terms this translates to keeping forage fibre length >1.5cm to promote chewing - but less than 7cm in length (the width of a cow's muzzle) to prevent ration sorting (fig 1). Over-processed (chopped / mixed) rations will result in less functional fibre / 'scratch factor' and may send animals into SARA. This is a common problem where inexperienced members of staff (e.g. during weekend cover) produce the TMR, or where personnel try to combine other jobs alongside mixing.

The point at which it is possible to have the greatest influence on forage effective fibre is at harvest. Assessing the dry matter of forages at cutting allows adjustment of chop length, to ensure that it is no shorter than necessary to ensure adequate clamp consolidation. 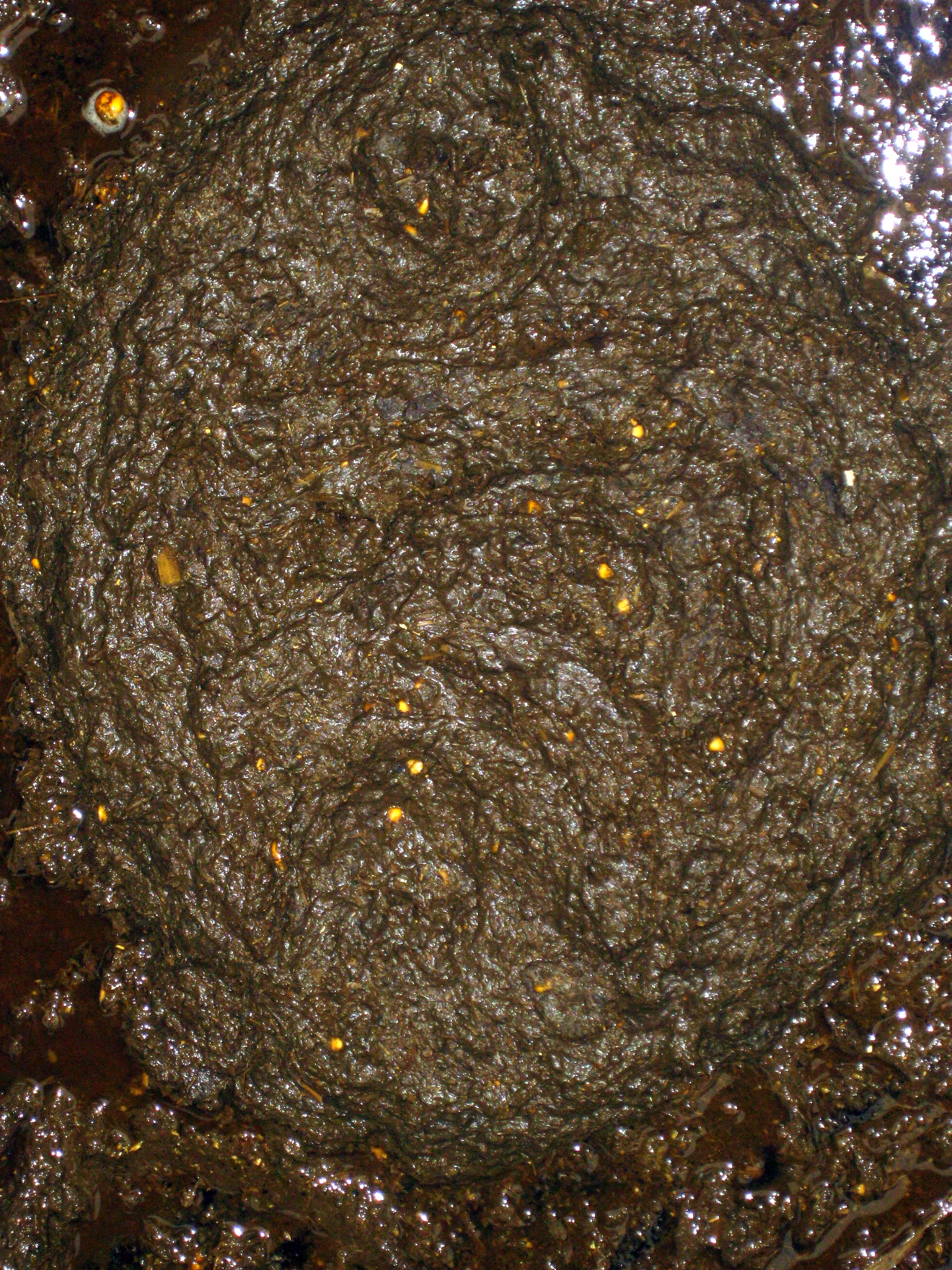 Fig 4: The presence of undigested grains n the faeces indicates low ruminal retention times and the possibility of SARA.

Additives are a useful short-term tool to reduce the risk and incidence of SARA, where available forages or feeding necessitates. They should not be used long-term to compensate for suboptimal feeding management, as their effects are limited and their expense may add substantially to feed costs.

Sub-acute ruminal acidosis is a subtle, yet costly, disease that is common in the high producing dairy cow. Prevention is primarily done by ensuring that there is adequate functional fibre available to the rumen, attempting to reduce the challenge to ruminal flora by reducing the loading of rapidly fermentable feedstuffs and providing periods of adaptation to these more concentrated diets. 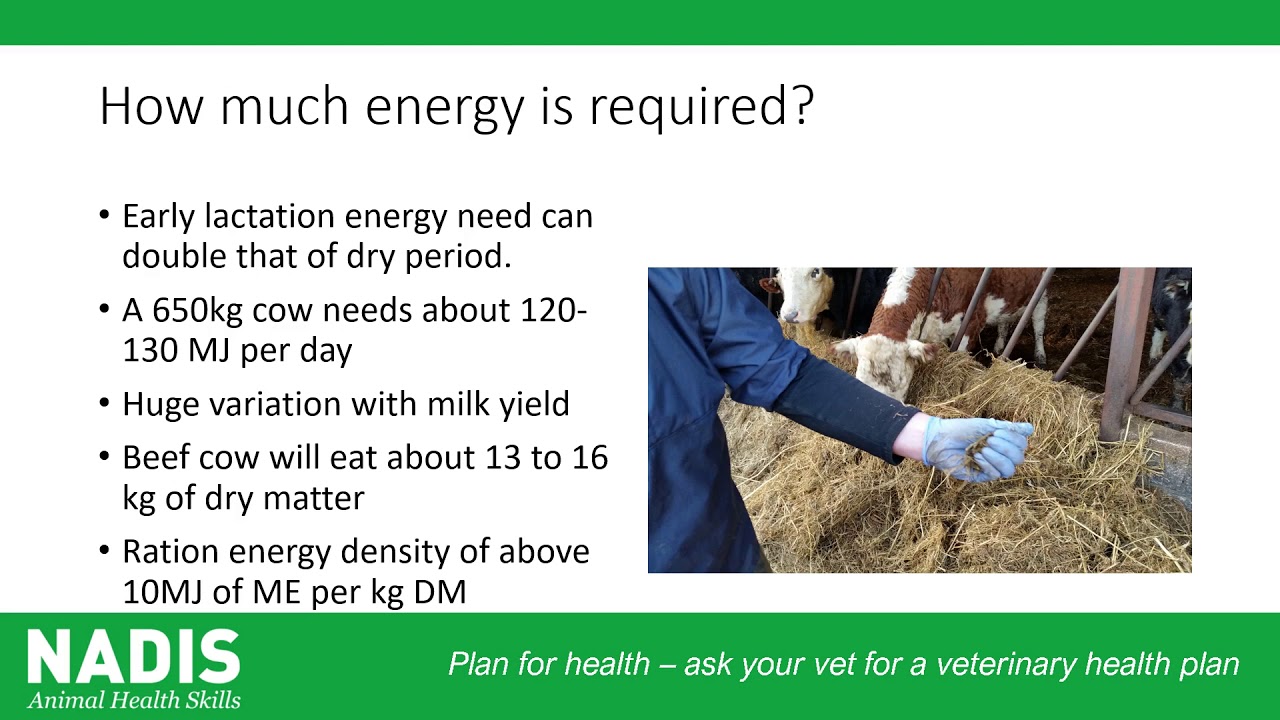