Feeding Lambs on Rape and Kale 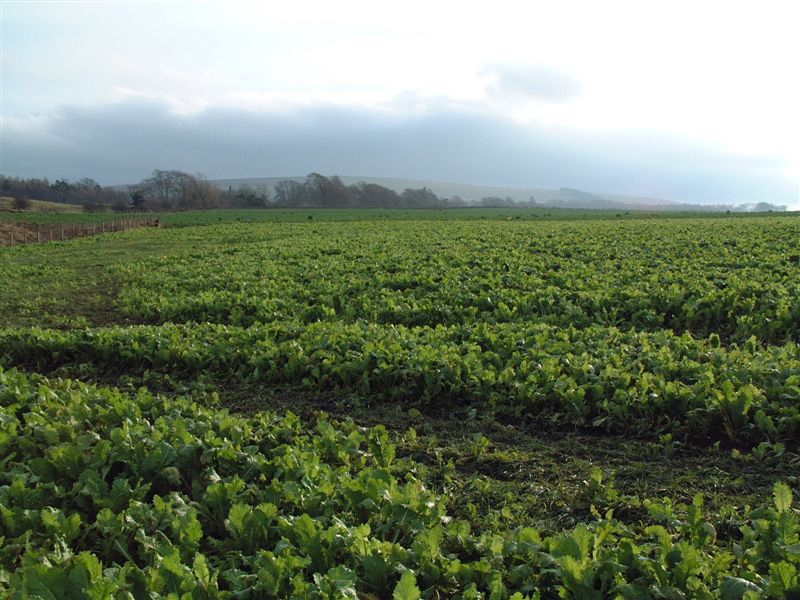 Forage rape and kale provide a balanced source of carbohydrate, protein, fibre and minerals and are valuable green winter feeds for sheep.  However, when fed exclusively for a prolonged period, lambs seldom achieve growth rates which would be predicted on the basis of the feed analysis.  This is because Brassica crops contain varying amounts of several important toxic substances which cause depressed appetite.  The list of toxic substances includes -

Plants absorb nitrates from the soil and generally convert them rapidly to other nitrogenous compounds.  Nitrates accumulate in the soil during periods of drought and are taken up by plants in large amounts when the drought ends.  Overcast conditions favour plant storage of nitrates, while in bright sunlight, nitrates are converted to amino acids and proteins.  Brassica crops may accumulate particularly high concentrations of nitrates. 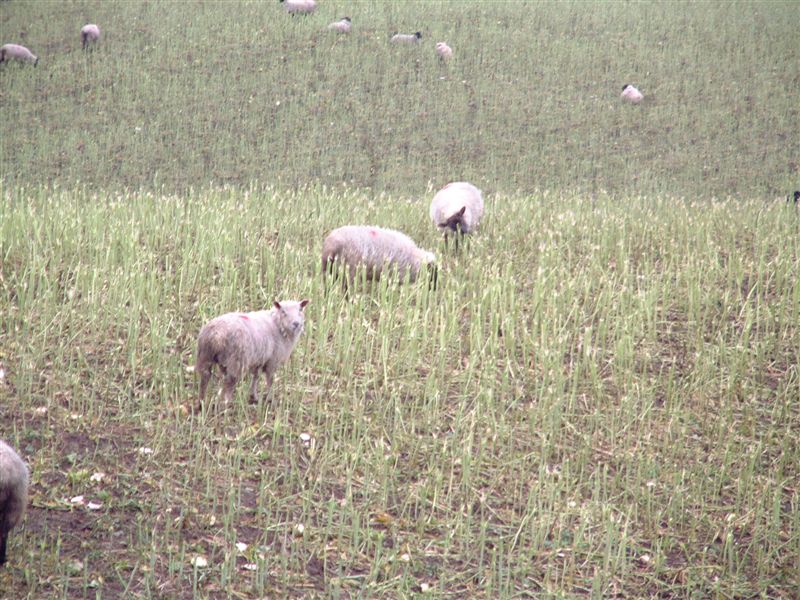 The main importance of nitrates is as a source of nitrites, which are formed in the rumen after ingestion of the nitrate.  Nitrite poisoning is an uncommon cause of death in store lambs, but when the problem occurs, lamb losses can be high.

Absorbed nitrites combine with haemoglobin in the blood to form methaemoglobin, which is incapable of transporting oxygen.  The clinical signs associated with nitrite poisoning include gasping and rapid respiration, a rapid heart rate, muscle tremors and weakness.  In severe cases membranes appear brown-coloured, and eventually cyanotic in appearance due to the high blood methaemoglobin content. Death can occur within a few hours of eating nitrate-rich plants, although it is more usual for a few days to elapse before signs appear.  Abortion is sometimes seen as a sequel to severe nitrate poisoning.

Your vet can advise you about the diagnosis and management of nitrate/nitrite poisoning in your flock.

Photosensitisation occurs following the accumulation of photosensitive metabolites under the skin and their reaction with sunlight to cause necrotic damage.  Affected skin is swollen and often oozes serous fluid which dries to form yellow crusts.  Clinical signs in sheep are usually confined to wool-free un-pigmented areas of the face, ears and limbs, but in some sheep breeds the skin of the midline of the back at the parting of the fleece is also affected.  Severely affected animals don't eat and rapidly lose body condition. 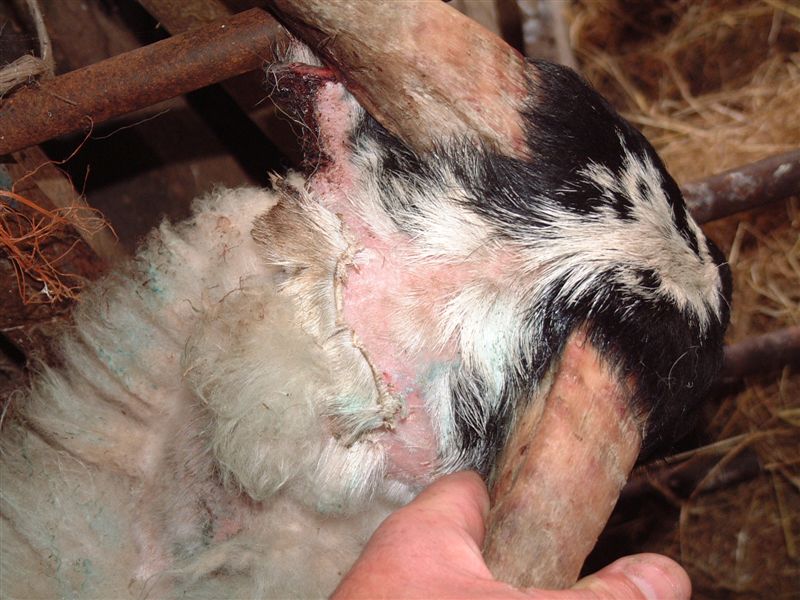 One particularly important toxic substance present in rape and kale crops is a haemolytic anaemia factor, S-methylcysteine sulfoxide (SMCO).  SMCO is converted by bacterial fermentation in the rumen to dimethyl disulfide, which causes haemolysis.  Severity of the disease is proportional to the SMCO content of the crop.  When present in small amounts, the toxin results in poor growth rates.  However, when SMCO is present in high concentrations, lambs become anaemic, with red urine, progressing rapidly to death. 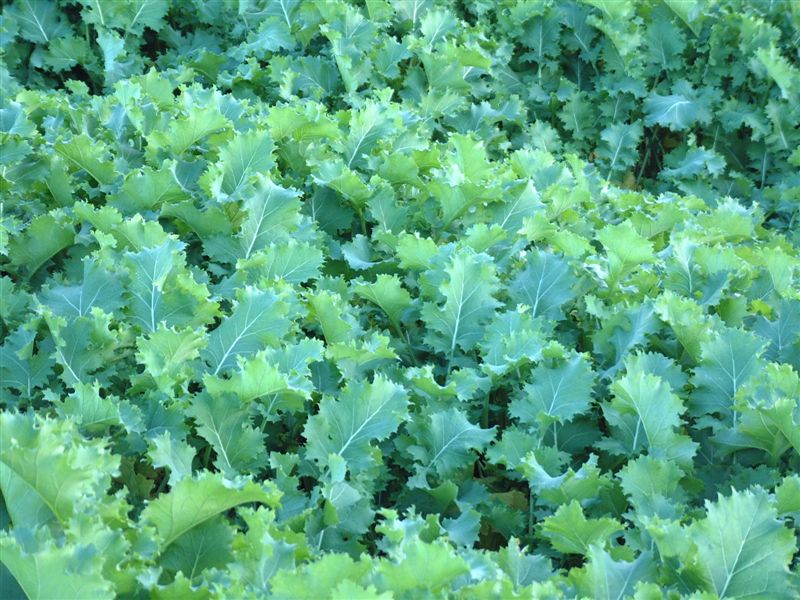 SMCO concentrations in plants can be analysed and Brassica crops categorised as low or high potential risk.  However, SMCO increases with the age of the crop, so even low risk varieties can become potentially hazardous as they reach maturity or if they are fed to excess.  To avoid these risks, long-keep store lambs should not be grazed on Brassica crops for prolonged periods and animals should be provided with a pasture run-off or supplementary feed. 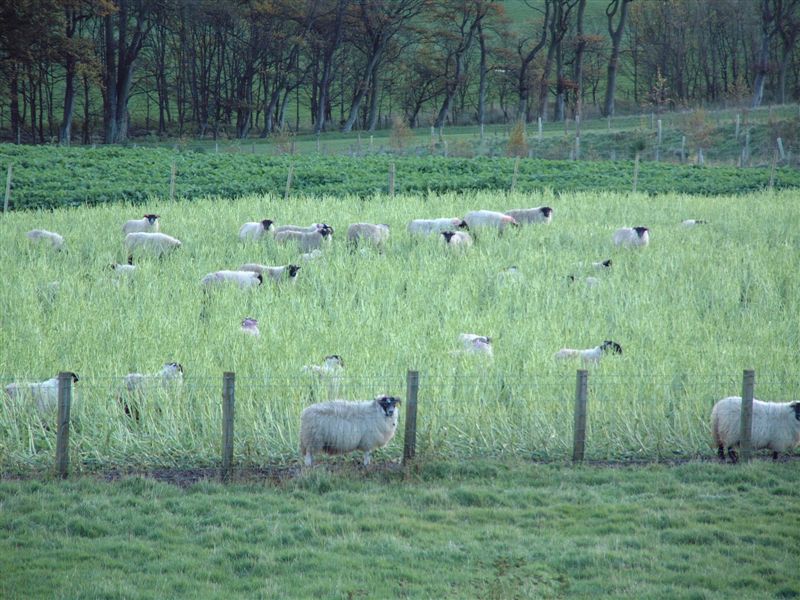 Your vet can advise you about the diagnosis of haemolytic anaemia in your sheep.  When the disease is suspected, animals should be removed from the crop and carefully introduced to supplementary feed.

Glucosinolates present in Brassica crops can cause goitre, reduced growth rates and/or diarrhoea, depending on their composition.  Sudden onset blindness in sheep (rape blindness) is also thought to be associated with glucosinolate poisoning.  The highest concentration of these glycosides is present in the seeds of mature plants. 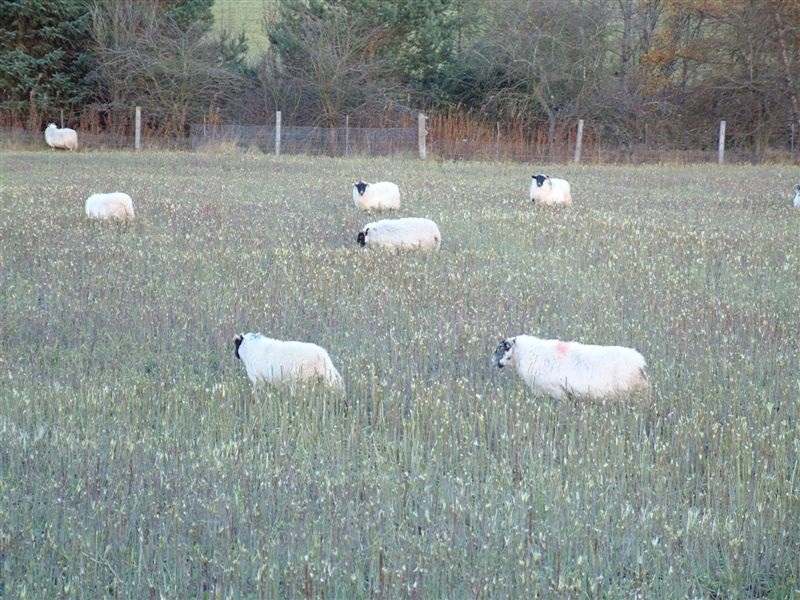 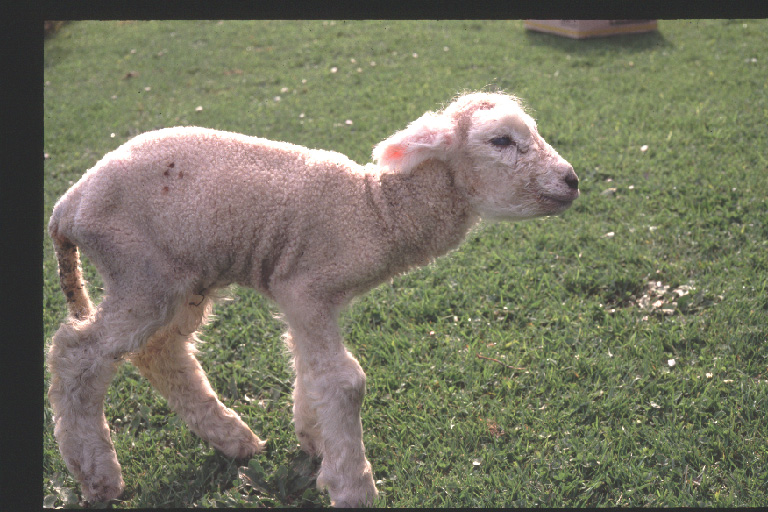 Sudden deaths are often seen in lambs within about 2 - 3 weeks of a move onto Brassica crops, associated with changes in feed rather than specific toxicities.  There were NADIS reports during October of sudden deaths due to redgut, pulpy kidney, systemic pasteurellosis and CCN, caused by a move onto forage crops. 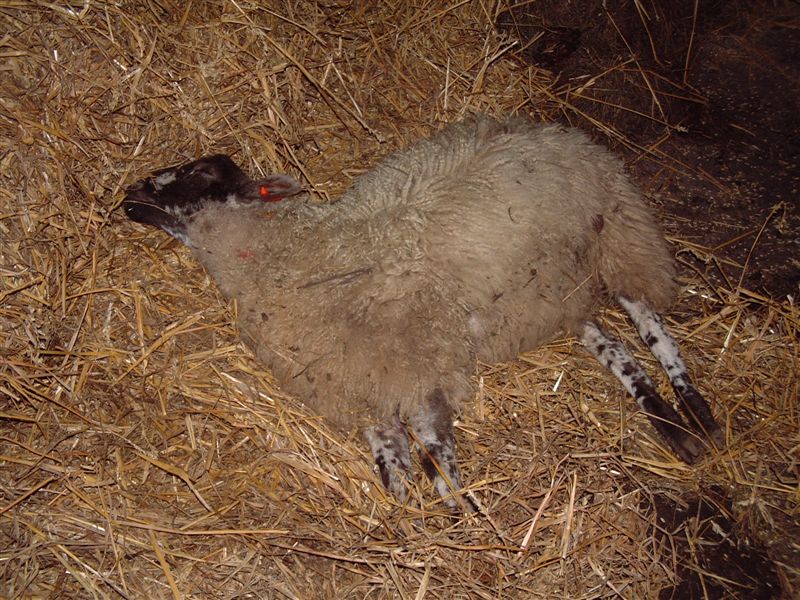 Your vet can advise you about the diagnosis and management of these problems in your flock. 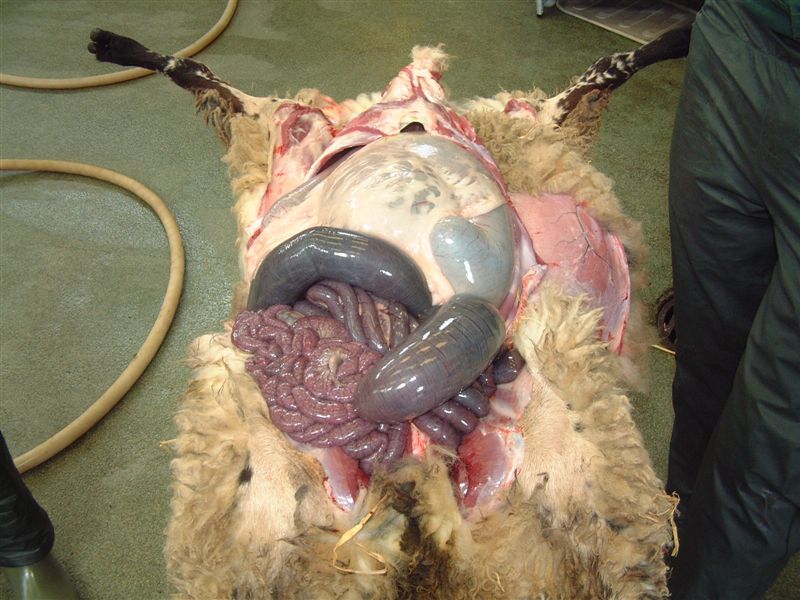 Fig 9 Redguts is a common cause of sudden death, associated with a move from poor to highly digestible forage