Multiple resistance to benzimidazole (Group 1-BZ), imidazothiazole (Group 2-LV) and macrocyclic lactone (Group 3-ML) anthelmintics (wormers) has been reported in sheep flocks as far apart as the south-east of Scotland, Devon and Northern Ireland. In some flocks, the problem was first identified during the investigation of poor growth in lambs, highlighted by their failure to reach finished weights by late autumn, while in other flocks the problem was identified by routine monitoring by veterinary practitioners. 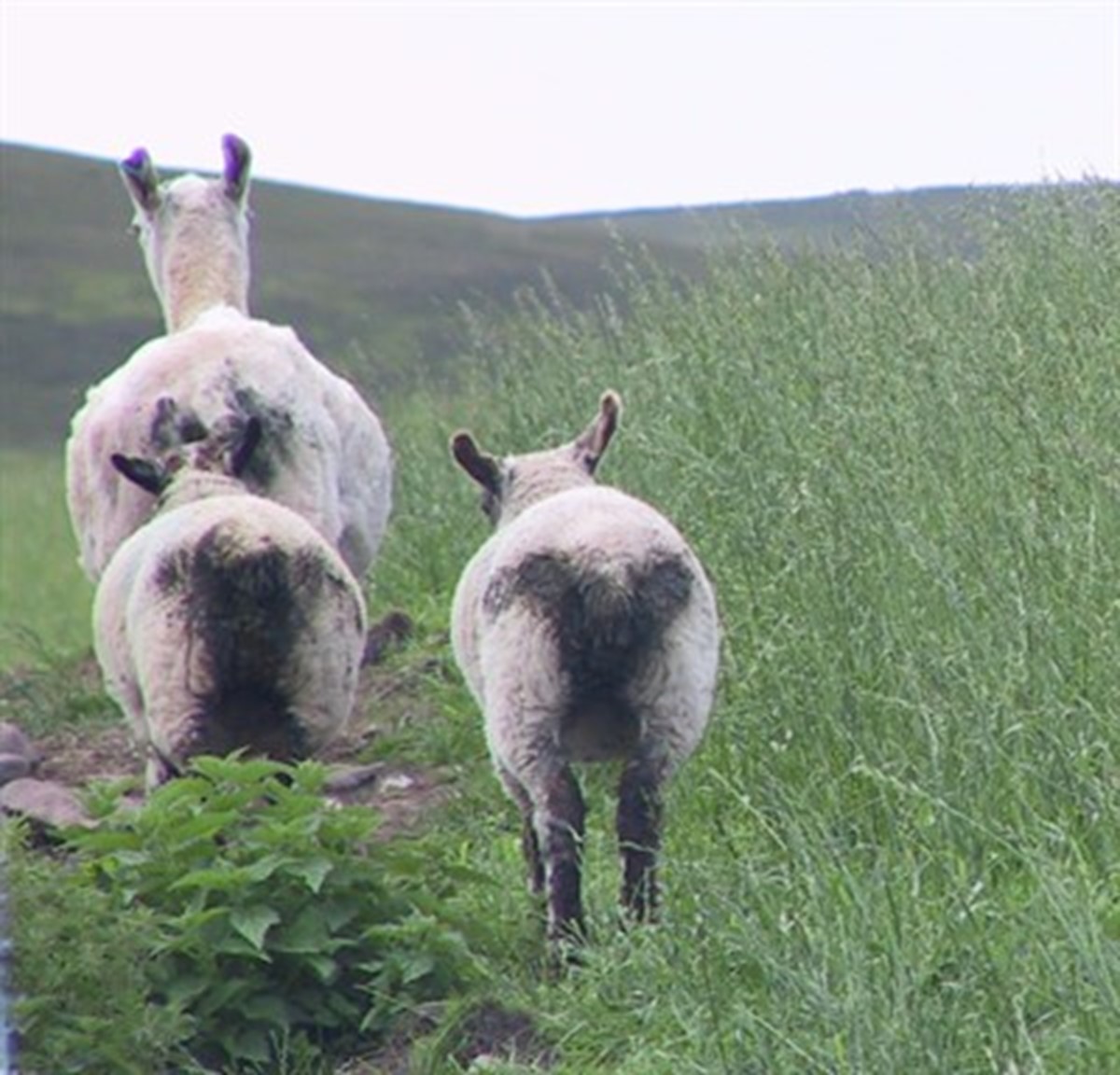 Fig 1: Multiple resistance to all three commonly used anthelmintics has been reported in sheep flocks as far apart as the south-east of Scotland, Devon and Northern Ireland 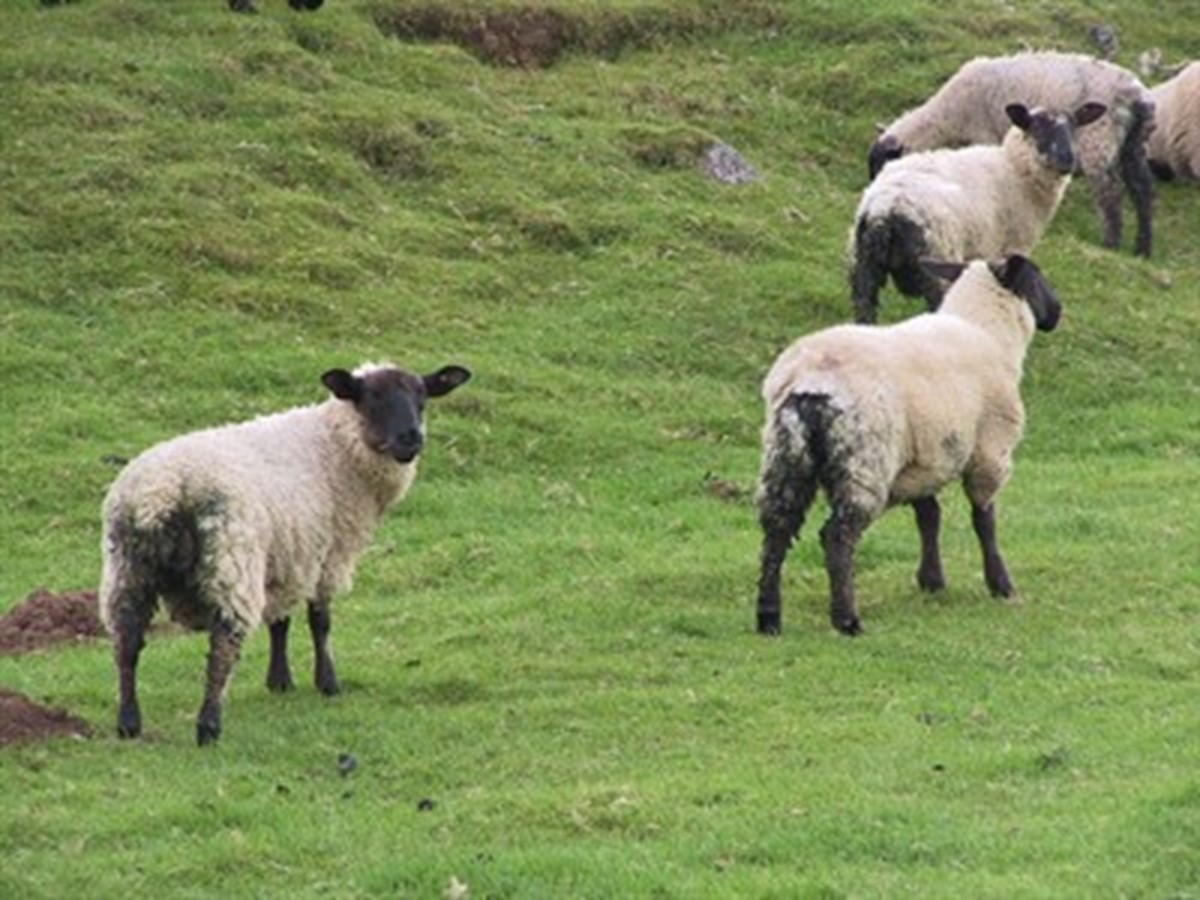 Fig 2: The problem was first identified during the investigation of poor growth in lambs.

A recent document released by the British Veterinary Association (BVA guidance on the use of anthelmintics in grazing animals) states that "in some areas the emergence of multi-drug resistance is such that the only options remaining to clients are to both clear the land and restock later or to diversify into other business areas. Changes in the climate with warm and wet seasons are likely to increase the problem. The survival of these resistant populations has been enhanced by ineffective treatment from underdosing the affected animals, the misdiagnosis of signs leading to overuse and inappropriate use of anthelmintics where they are not indicated".

Strategies must be implemented now to slow down the inevitable emergence of anthelmintic resistance, and for the control of helminth parasites in the face of anthelmintic resistance. These issues led to the establishment of new sheep worming guidelines, which have been widely promoted through the publication of a Sustainable Control of Parasites in Sheep (SCOPS) technical manual (updates available at http://www.scops.org.uk) for sheep farmers. 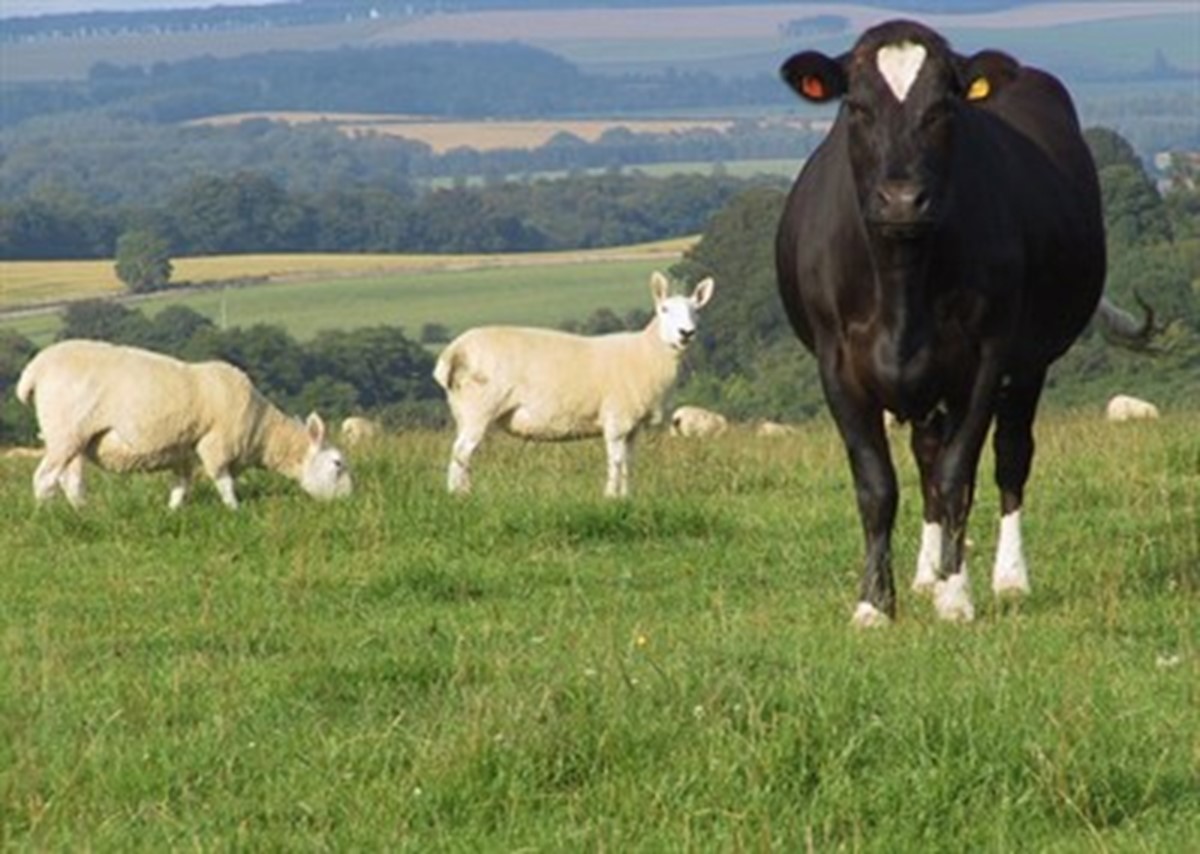 Fig 3: Strategies must be implemented now to slow down the inevitable emergence of anthelmintic resistance

Selection for anthelmintic resistance occurs whenever helminths in their sheep host are exposed to anthelmintics. Genes expressing resistance to either a particular anthelmintic or combination of anthelmintics are believed to be present at a very low frequency in unselected helminth populations, but confer no survival advantage over susceptible genes. When an anthelmintic treatment kills most/all of the susceptible helminths in the sheep, the faeces will contain mostly/only eggs of the surviving resistant parasites, which consequently make up a much greater proportion of succeeding generations. 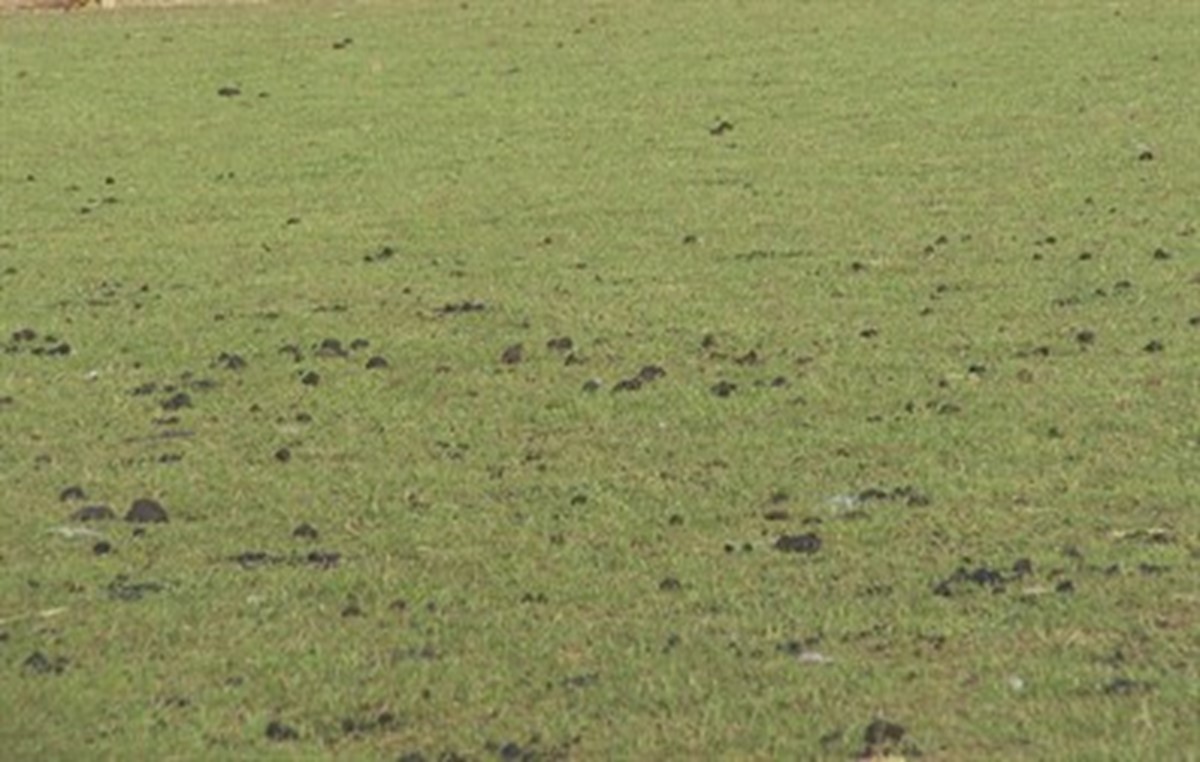 Fig 4: When anthelmintic treatment kills most/all of the susceptible helminths in the sheep, the faeces will contain eggs of the surviving resistant parasites.

This selection pressure for resistant strains is influenced by:

The SCOPS guidelines are summarised as:

Anthelmintics are an essential treatment option and highly effective for PGE when used correctly and in the proper circumstances. They must not however be used without careful thought being given to the risk that each use brings to the potential emergence of resistance. Their use must be detailed in the veterinary flock health plan. 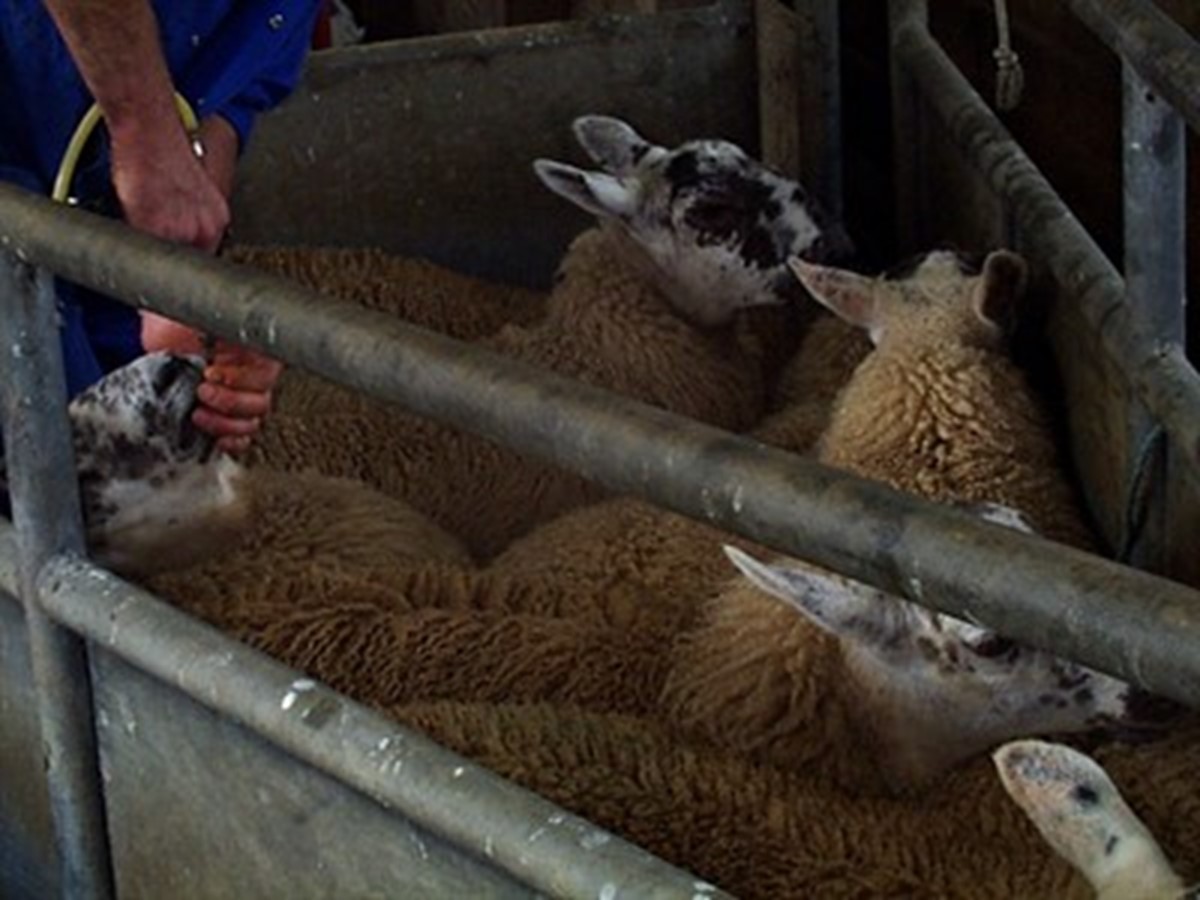 Fig 5: Quarantine treatments are vital to ensure any in-coming sheep don't bring resistance with them 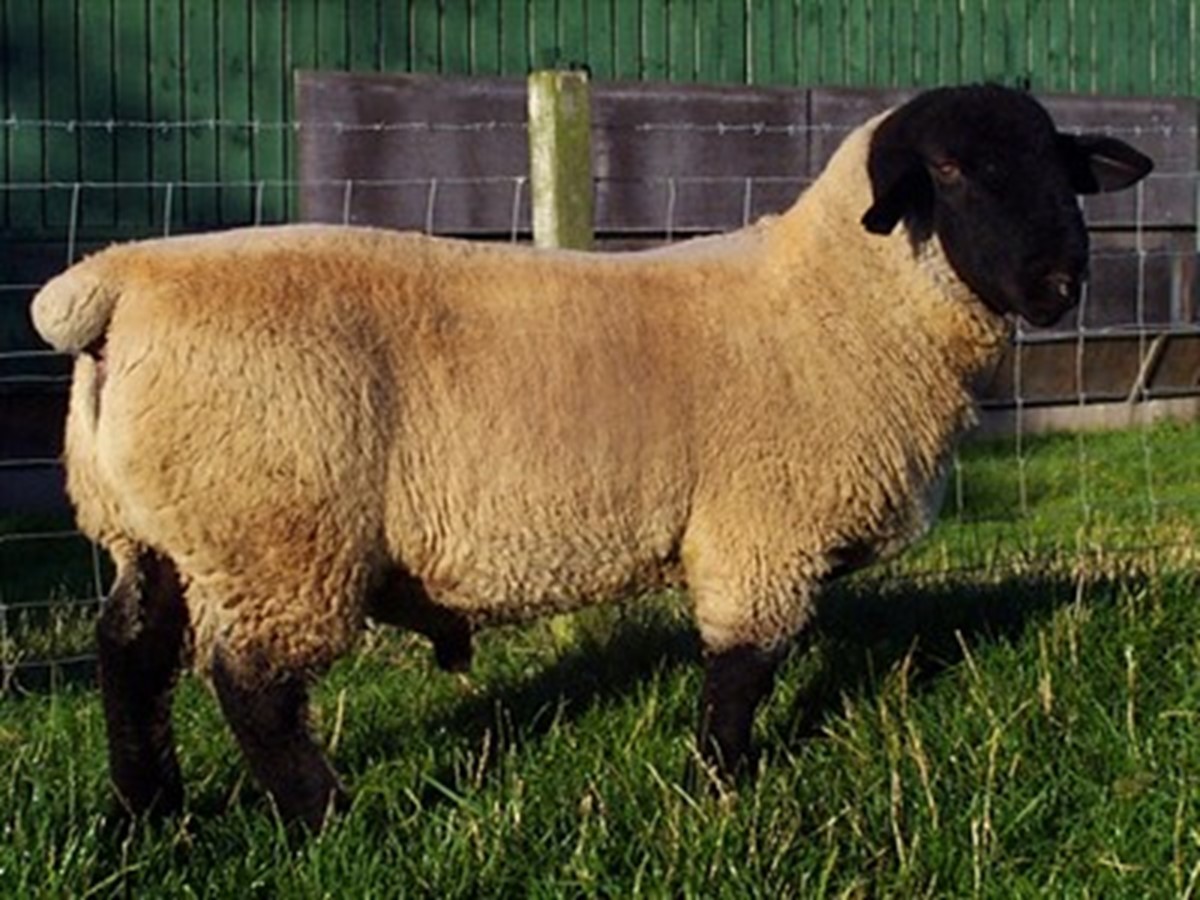 Fig 6: Quarantine treatments are vital for rams to ensure any in-coming sheep don't bring resistant worms with them

A - Drench all in-coming sheep with a Group 4-AD or Group 5-SI drench and give them a Group 3-ML drench or injectable preparation. The sequentail use of these products minimises the risk of any resistant worms surviving. Ensure drenching is over the back of the tongue, rather than into the mouth.

B - Keep them off pasture for 24-48 hours so that all worm eggs have been passed.

C -Turn sheep on to dirty pasture to make sure any eggs from worms that may have survived treatment are diluted by (susceptible) worm eggs already on the pasture. 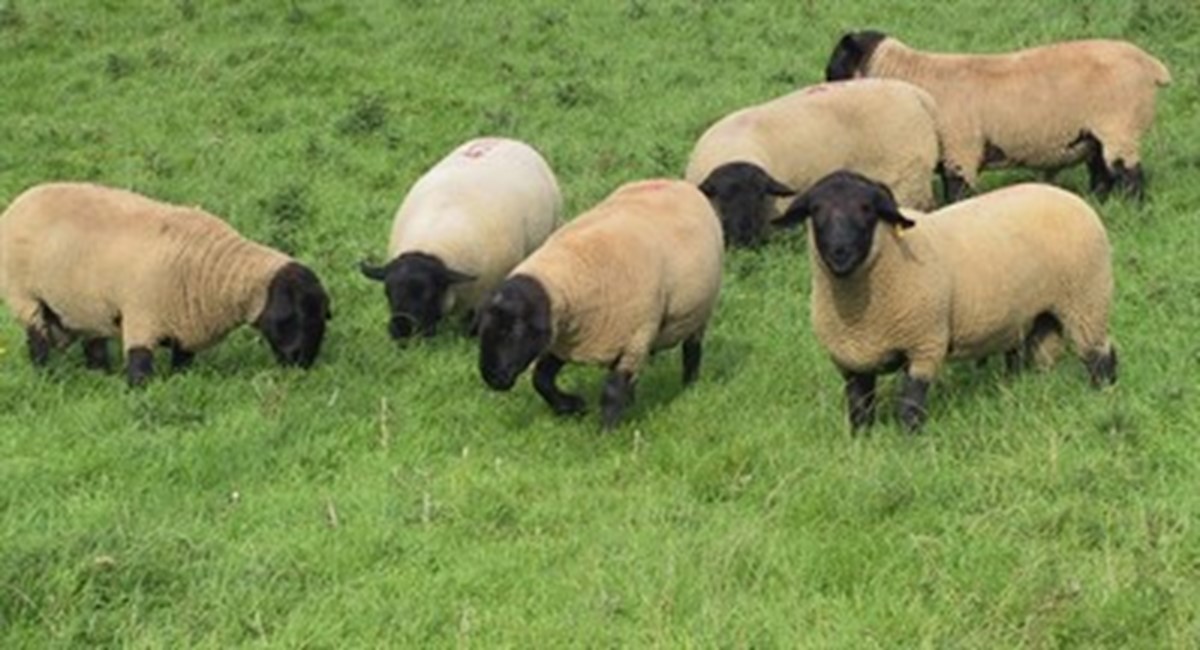 Fig 7: Turn purchased sheep on to dirty pasture to make sure any eggs from worms that may have survived anthelmintic treatment are diluted by worm eggs already on the pasture

Underdosing due to inaccurate judgment of sheep bodyweights and faulty dosing guns remains commonplace. Doses must be based upon the heaviest animals in the group (lambs, ewes and rams classified as different groups). Poor drenching technique, miscalculation of the correct dose volume and use of inaccurate weigh scales compounds the problem. Most drenches have a wide safety margin so if necessary, it is preferable to overestimate the required dose volume. Accurate estimation of lamb bodyweights can prove to be particularly difficult in ram breeding flocks. The problem is compounded by the fact that pedigree sheep are generally dosed more frequently than commercial animals, in an attempt to maximise production. Underdosing may also arise following incorrect storage of anthelmintic drugs, use of expired product, mixing incompatible drugs or chemicals before dosing, or use of products of dubious origin. 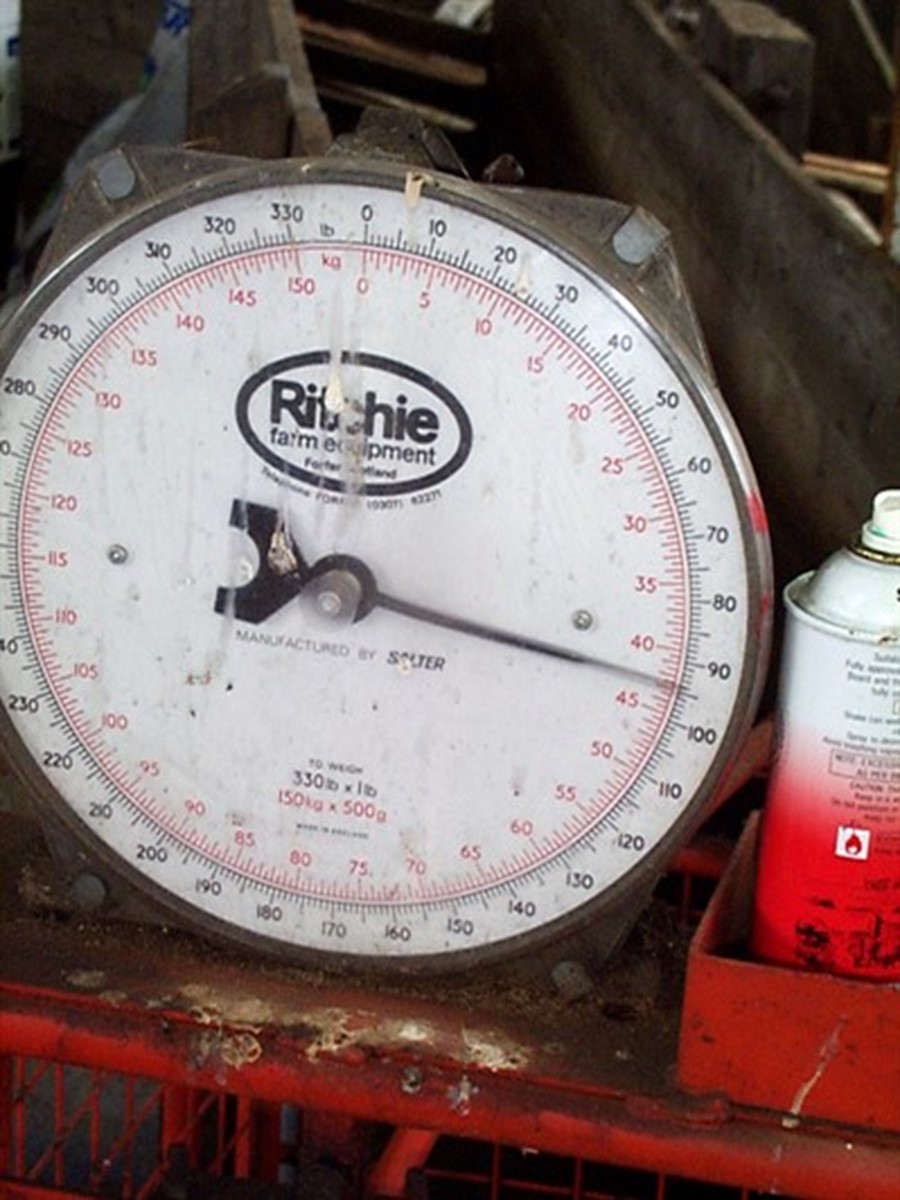 Fig 8: Doses must be based upon the heaviest animals in the group (lambs, ewes and rams classified as different groups).

Drug bioavailability may be reduced due to rapid flow of digesta through the intestines of scouring lambs, or due to the effects of liver disease, for example associated with subacute fluke, on drug metabolism.

Extend the interval between anthelmintic treatments

Suppressive control of helminth parasites aimed at preventing pasture contamination with eggs and developing larvae, involves conventional anthelmintic treatment of susceptible sheep at intervals close to the interval between ingestion of the parasite as a larva and it producing eggs (around 3 to 4 weeks in summer). This high frequency treatment strategy has been an important factor in the emergence of anthelmintic resistance. Anthelmintic usage and selection for resistance could be reduced by extending the interval between treatments although this strategy may not prevent production losses due to parasitic gastroenteritis. This dilemma may be addressed by basing the timing of anthelmintic treatments on faecal worm egg counts (FWEC) which are regularly monitored. During spring and early summer on heavily stocked farms, lamb FWECs can increase rapidly, so substantial pasture contamination may already have occurred by that time that intervention targets are identified. These intervention targets must be based on previous knowledge of the epidemiology of parasitic gastroenteritis in individual flocks so seek veterinary advice. 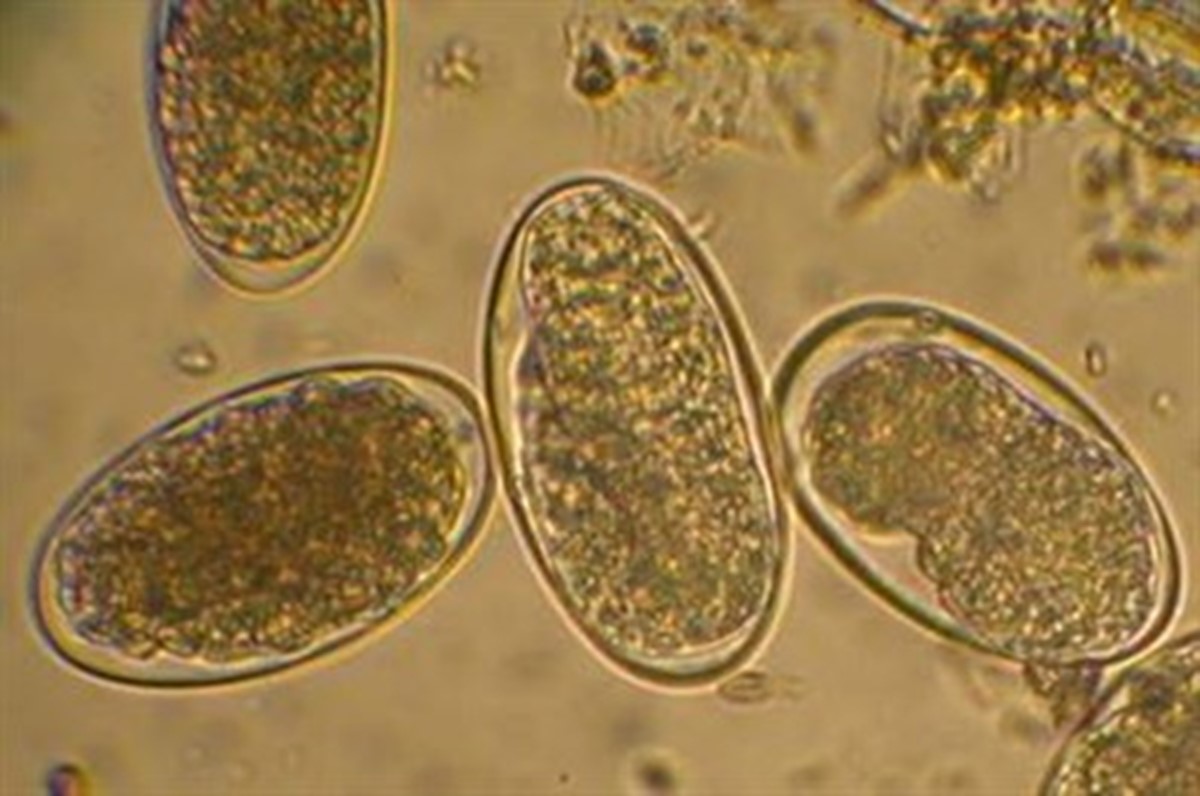 Fig 9: Anthelmintic treatments should be based upon faecal worm egg counts (FWEC) which are regularly monitored

Reduce the reliance on anthelmintics by removing unnecessary treatments. In many flocks, ewes are treated with an anthelmintic before mating in the belief that the practice might improve lambing percentages. The benefits of this strategy are that if the ewes are in poor body condition, anthelmintic treatment before mating can lead to improved lambing percentages, provided that they are subsequently well fed. However, the disadvantages associated with anthelmintic treatment of ewes before mating are that it does not lead to improved lambing percentages where ewes are in good body condition, incurring unnecessary expense and effort. Furthermore the practice possibly selects for anthelmintic resistance by exposing parasites to anthelmintics at a time when a significant proportion are in an arrested, hard-to-kill state, and by affording surviving resistant helminths with a prolonged period during which they dominate egg production until ewes are treated again at lambing time. 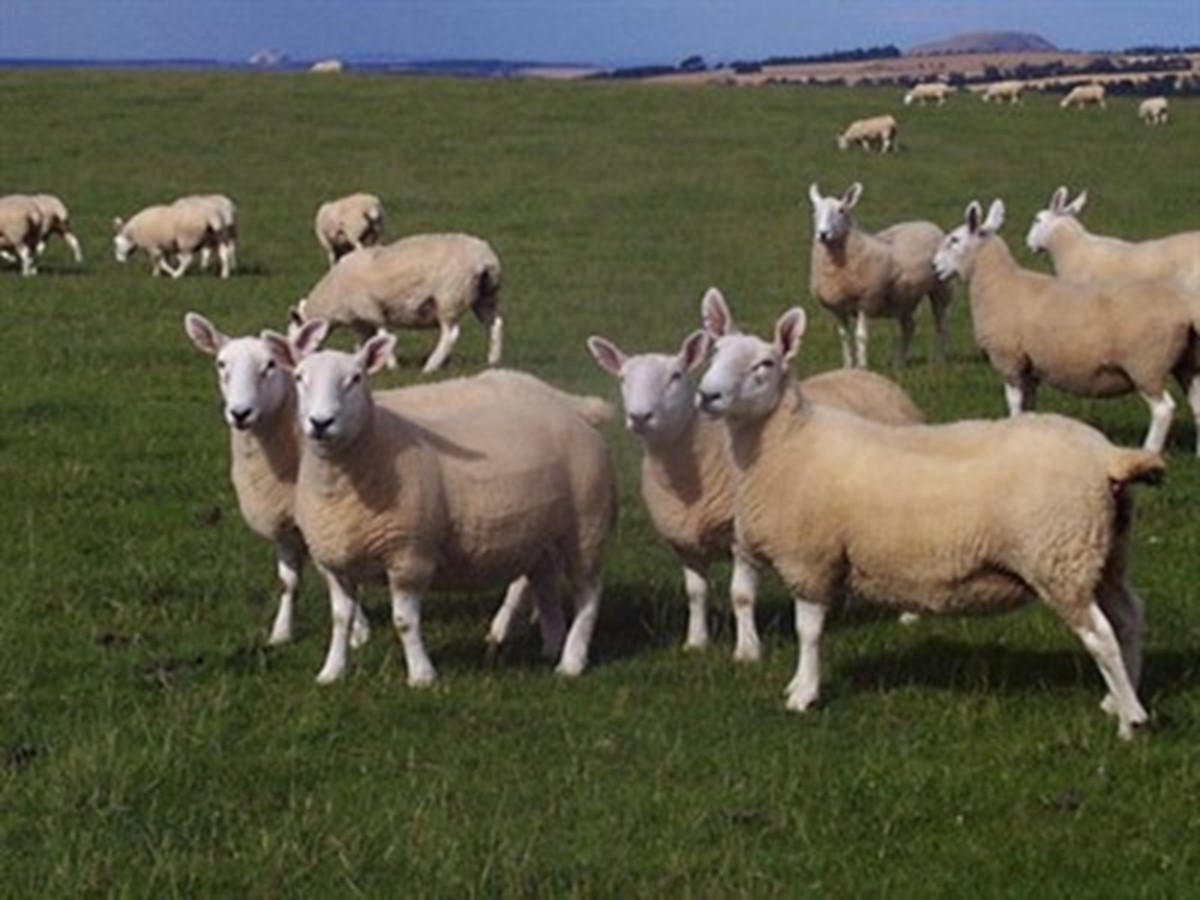 Fig 10: Treatment at flushing (before mating) possibly selects for anthelmintic resistance by exposing parasites to anthelmintics at a time when a significant proportion are in an arrested, state. 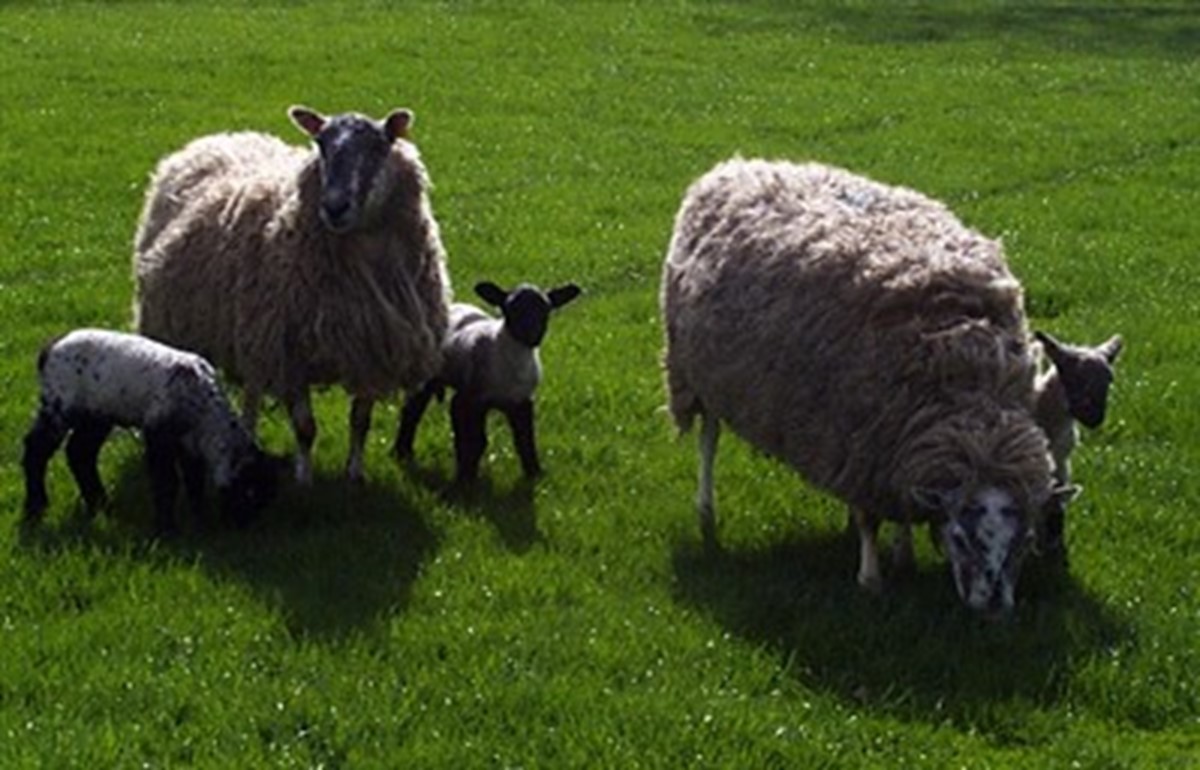 Fig 11: Treatment of susceptible ewes at lambing time is important to reduce the peri-parturient increase in egg output.

It is therefore difficult to make general recommendations about anthelmintic treatment of ewes, apart from treatment of susceptible ewes at lambing time to reduce the peri-parturient increase in egg output. Risks must be assessed for individual flocks and included in the veterinary flock health plan. In some cases, the best strategy may be to treat only lean ewes before mating. This strategy avoids unnecessary anthelmintic usage and permits limited pasture contamination by eggs of susceptible helminths shed by the untreated ewes. 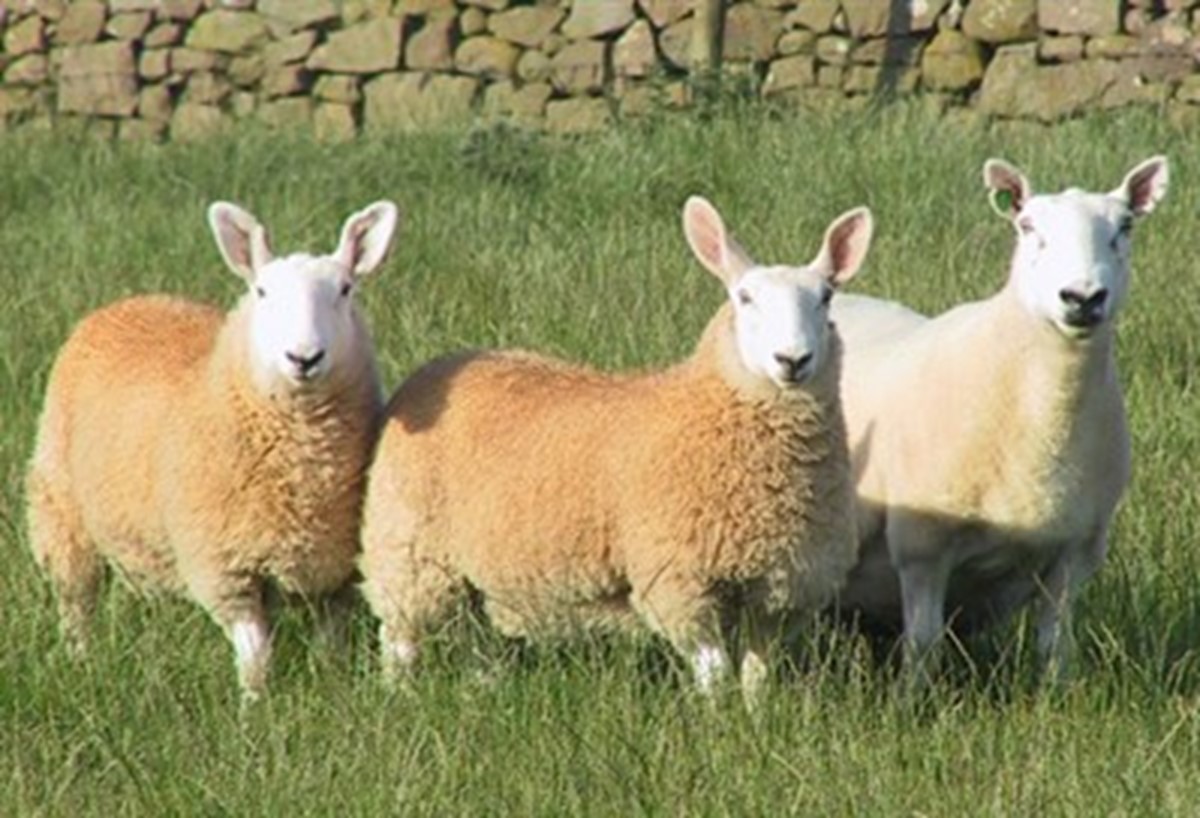 Fig 12: Treatment of lambs may be unnecessary when they are grazed on safe pasture.

Treatment of lambs are likely to be unnecessary when they are grazed on safe pasture, or later in the year when they have acquired some immunity. In these situations, the decision to treat lambs or not, can be supported by monitoring of FWECs. 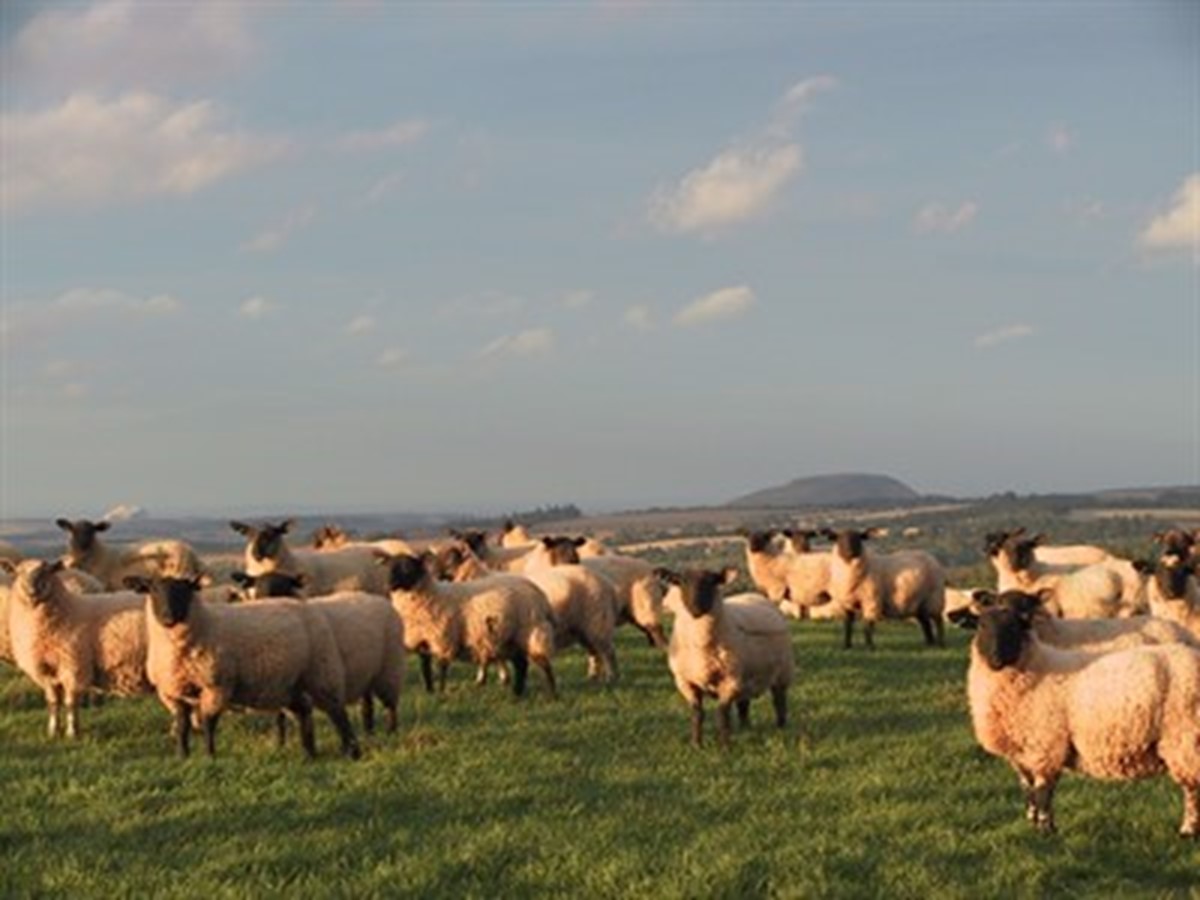 Fig 13: Treatment of lambs later in the year should be based upon FWECs.

Reliance on anthelmintics may be reduced by the use of safe grazing. On many farms, the opportunity exists to introduce safe grazing for a proportion of the sheep flock by alternating annually between arable cropping or cattle grazing and sheep grazing.