African Swine Fever (ASF) was first recognised in Kenya in the 1920’s and is enzootic across a wide range of sub Saharan Africa being maintained by infection of wild swine (Bush Pigs, Warthogs) often asymptomatically, and by infection of the soft tick Ornithodorus mubata. Until 1957 the disease had not been described outside Africa but then appeared in the Iberian Peninsula and Sardinia where it was maintained in wild and feral pig populations and in Ornithodorus ticks. Sporadic cases occurred elsewhere in Western Europe. ASF was eradicated from Spain and Portugal in the mid/late 1990’s but remains present on Sardinia today. The disease does not infect or affect other farm species unlike Foot and Mouth Disease.

Until 2014 Sardinia has reported the only cases of ASF in the EU in the 21st Century.

African Swine Fever is widely regarded as one of the most serious and damaging diseases affecting pigs worldwide. It is caused by a virus of the group Arborvirus and is the only member of the Asfarvirida. It is a large DNA virus of which at least 22 distinct genotypes; pathogenesis varies between these genotypes. The virus is completely different and separate to the Pestivirus which causes Classical Swine Fever (CSF); however, the clinical and pathological signs are indistinguishable from ASF.

In 2007 waste food from a ship originating in SE Africa was believed to have been fed to back yard pigs in the port of Poti in Georgia which spread in to wild boar populations. The spread was mainly north into the Russian Federation (RF) and beyond. The genotype currently active is p72 type 2 which has proved highly pathogenic since first seen in Georgia in 2007.

Spread was facilitated by infection spreading in and amongst wild boar, co-mingling with roaming domestic pigs and back yard populations kept with minimal attention to biosecurity and has cascaded over into commercial pig farms. In Russia the largest declared population affected was a single farm containing close to 60,000 pigs.

The disease spread north at a rate of approximately 100km/year but jumped large distances due to transport of and exposure to infected meat products including allegedly by military movements. By 2014 cases were seen in Ukraine and Belarus and then into Lithuania. The majority of the spread was in wild boar. Since then it has progressed throughout the 3 Baltic states in which it has now become enzootic, spilled over into Poland, become widespread in Ukraine and during 2017 it spread further west. Spread occurred into Poland in 2016 and later Moldova (from Baltic States, RF and Ukraine) and then jumped to wild boar in the Czech Republic which is believed to be associated with waste food movement. Whilst the disease has now (2019) been eradicated from the Czech Republic its spread in Europe has continued both by local spread of wild boar but also jumped to Belgium where it remains a problem.

There is a continual progression west and South as wild boar roam and mix with back yard insecure pigs but most worryingly there is regular incursion onto commercial pig farms in infected regions.

(Rather suspiciously Belarus has not reported cases for a number of years but this may not be a true reflection of the disease there.)

Furthermore, the disease was diagnosed in the north of China in 2018 for the first time (probably overspilling the Russian border) but has since spread rapidly throughout the country, believed to be the result of pig feed contamination followed by local spread. The disease is now entrenched in large swathes of SE Asia (Vietnam, Loas, Korea (N &S) Philippines) and is starting to have a huge impact on global pigmeat supplies.

ASF is listed by the OIE (World Organisation for Animal Health) and is reportable under their Terrestrial Code 2010. Internationally, control of the disease is based upon stamping out with early diagnosis, movement restriction, slaughter policy with containment and disinfection or burning of infected localities. Within the EU the disease is notifiable as is the case throughout most of the northern hemisphere.

Since its incursion into Georgia in 2007 and subsequent spread, soft ticks are not believed to have played any significant role in the spread or maintenance of the disease. 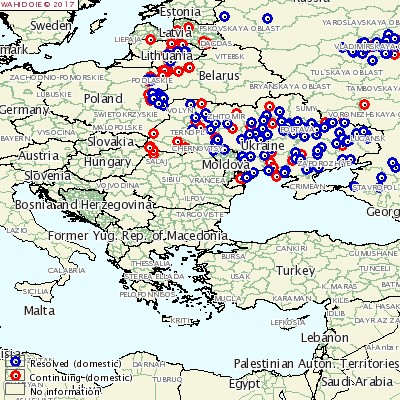 As at October 2019  ASF has been confirmed in areas in the following European countries: 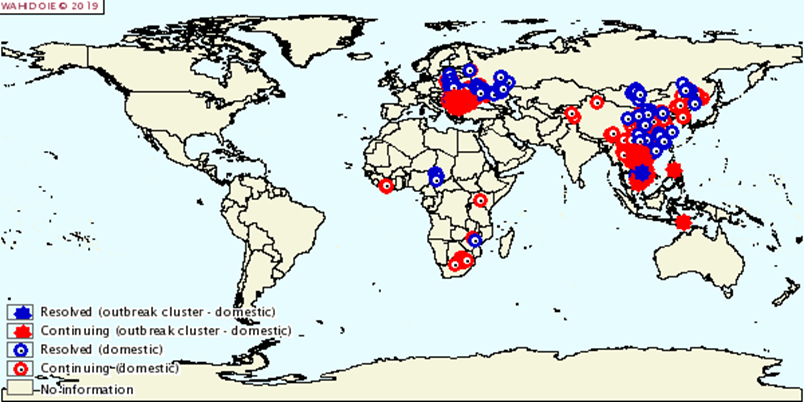 Presence of disease thus leads to slaughter, movement restrictions and restrictions on exports of both live pigs and pork products. (£400m export trade in pigmeat from UK – large proportion is 5th quarter to China + high quality to USA & EU). Premises on which disease has occurred may be required to rest empty for a prolonged period before sentinel repopulation. The effects of disease within the UK would therefore not only be a major threat to the animals themselves but would disrupt trade to the extent that the pig industry would be devastated.

Spread of the disease as it has crept north and west has been particularly associated with wild boar and there is now a serious risk that this spread will continue into the high wild boar dense regions of western Poland, Germany and Austria

How is the virus spread?

Principal methods of spread are:

Spread by wind is not thought to be significant; thus the physical transfer of the virus over large distances can only be achieved by

The current strain seen throughout eastern Europe since 2007 is highly pathogenic and over time can cause 100% mortality. Many pigs will simply be found dead. In herds early cases may be noticed in which clinical signs range from

Death will typically follow within 7-10 days often sooner. All age groups can be affected as  the disease steadily moves around the farm population.

At post mortem examination the carcass will reveal extensive haemorrhages throughout; this may include haemopericardium, haemoperitoneum as well as frank haemorrhage within parachymatous tissues of kidney, spleen, lymph nodes as well as in the lumen of the gut and bladder. Oedema may occur within the wall of the gall bladder and in the lungs. The disease has been referred to as the pigs’ version of Ebola. 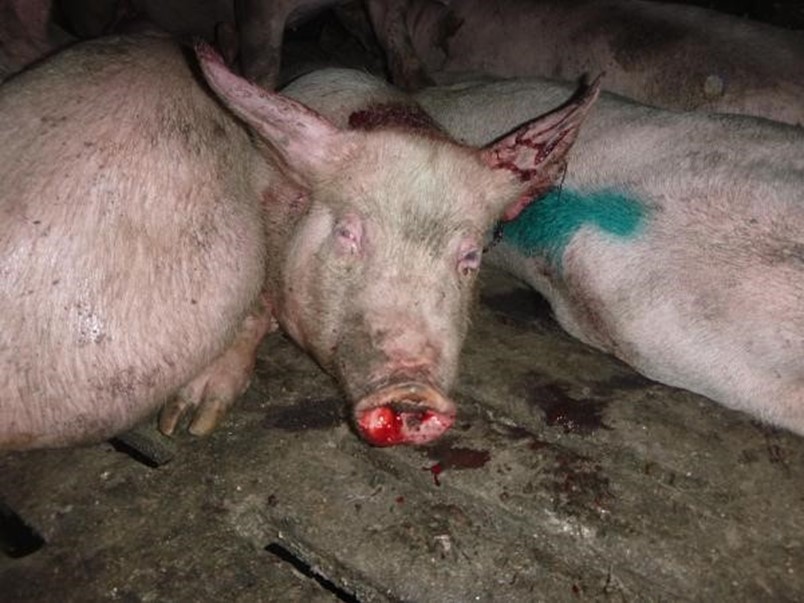 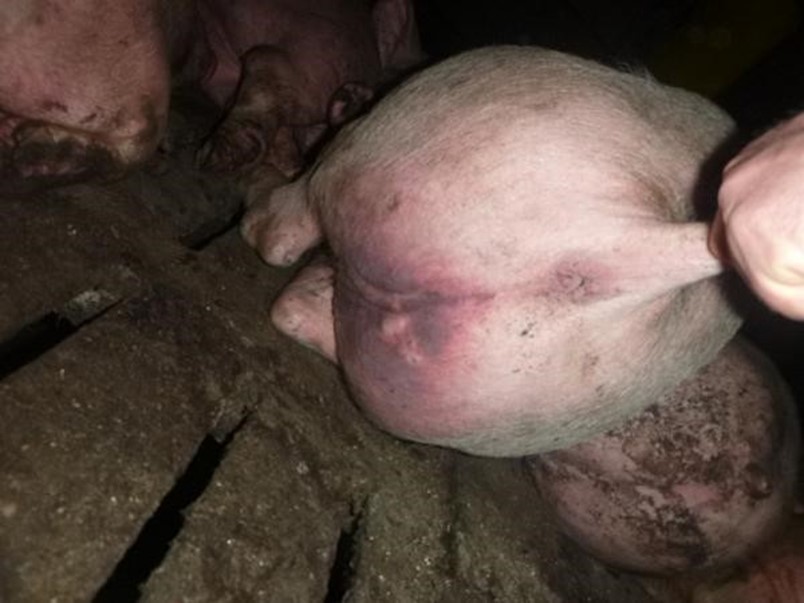 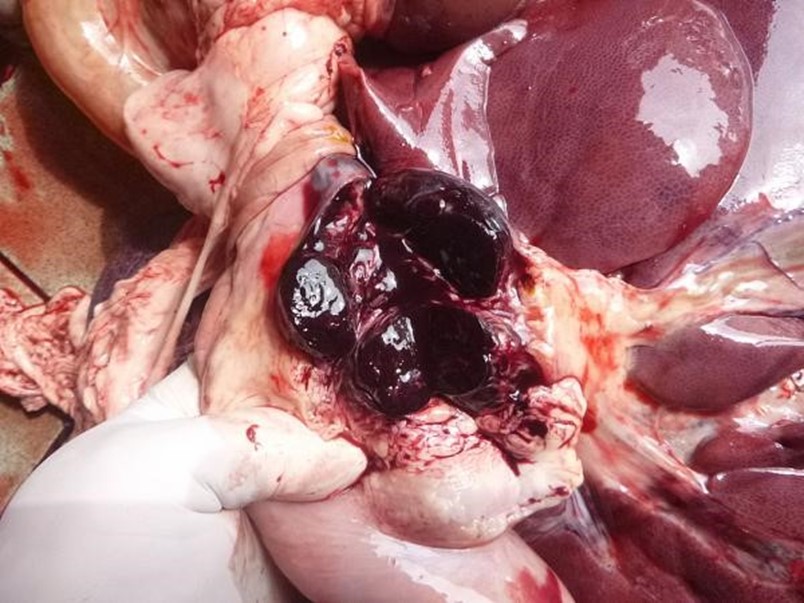 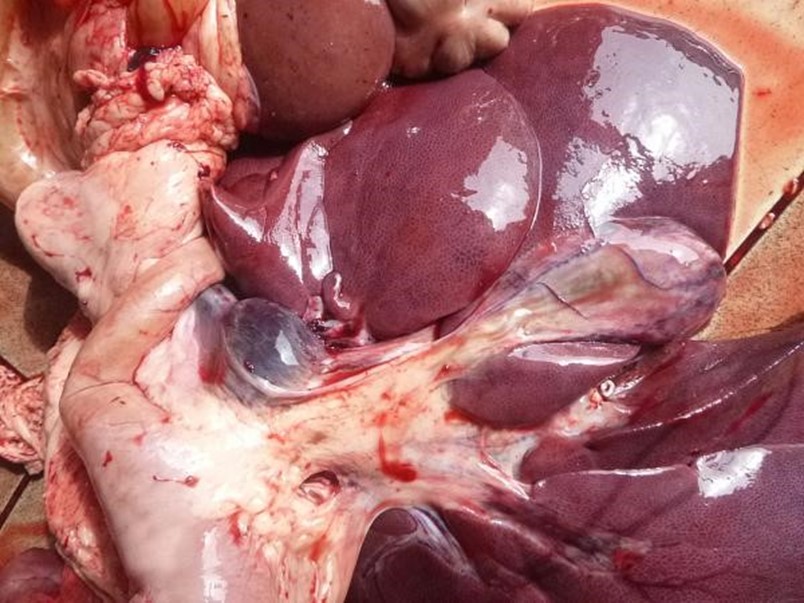 Diagnosis and Action if suspected/confirmed

Suspicion of the disease should trigger notification to the CVO via the local APHA office. Do not leave the premises and most certainly do not go onto another farm until you know it is not ASF.

If the disease (or suspect Classical Swine Fever) cannot be ruled out on clinical grounds, restrictions will be imposed on the premises and laboratory testing (a combination of virus isolation, PCR testing and serology) will be used to confirm or refute the diagnosis). Following confirmation on farm mass destruction of the whole population will be undertaken and extensive and thorough cleaning of the premises will result. Extended closure periods preventing repopulation of the herd may be imposed.

No vaccine has yet been successfully produced and used anywhere and control is based on early recognition, slaughter and cleaning and disinfecting of premises

Preventing disease introduction: What are the risks to the UK?

Officially the risk of ASF entering the UK was raised in August 2017 from very low to low. This terminology should not induce complacency. Whilst there is no or extremely low risk from windborne spread, pig movements or contaminated lorries entering the UK, contaminated meat could be brought in in any of the following ways

The latter is highly relevant in the UK due to: 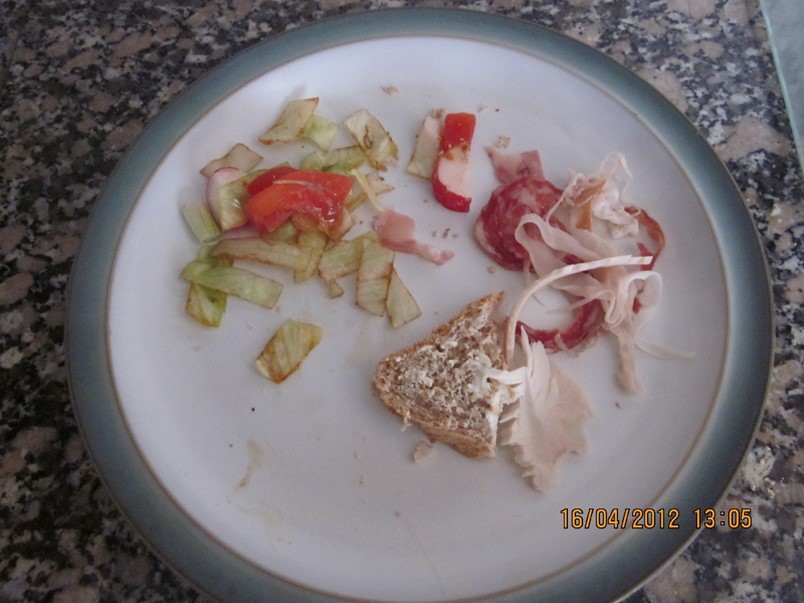 It is vital particularly in light of the risks of ASF that this message is widely disseminated to pig keepers with backyard animals and pet pigs. By feeding food scraps to their pigs, they are not only risking killing those animals but compromising an entire industry.