The main signs in cattle are progressive weight loss and chronic diarrhoea (Fig 1 ). Diagnosis and control are difficult. If your herd has no history of Johne's disease it is critical that all measures are taken to prevent introduction of infection because eradication of disease once prevalent in the herd proves very costly and may take many years.

There is limited but disputed evidence that the organism may be associated with Crohn's disease in humans. 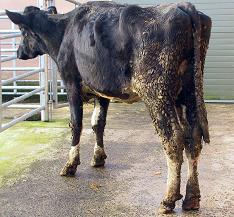 Fig 1: The main signs of Johne's disease in cattle are progressive weight loss and chronic diarrhoea

It is estimated that there were 1,000 cases of Johne's disease in the UK during 2000, increasing to 2,400 in 2004 affecting between 20 to 50 per cent of UK herds. In infected herds the annual culling/mortality rate may be 1 to 5% but some vets report >10 per cent losses in some herds..  However, losses due to subclinical disease (weight loss, reduced milk yield; poor fertility) are also substantial.  The financial losses are estimated to be £2600 in a 100 cow dairy herd with clinical cases but this is likely to be a gross underestimate.  Accurate data on disease prevalence rates hinder progress in tackling this important disease. 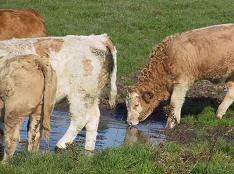 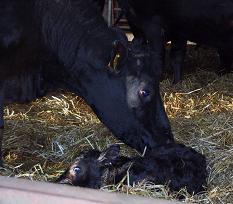 Fig 3: There is evidence for intrauterine infection of the developing calf in the case of heavily-infected dams.

The disease occurs worldwide, but especially in temperate climates, and affects particularly cattle, sheep, goats and deer reared in intensive systems. Many wildlife, including rabbits, and exotic species are also susceptible to Johne's disease.

There is evidence for intrauterine infection of the developing calf in the case of heavily-infected dams (Fig 3).  The disease is also transmitted to young calves by ingestion of the organism in colostrum, and from the faeces of infected animals contaminating food and surface water/water troughs (Fig 2), and the cow's teats (Fig 4).  There is a long incubation period and clinical disease is not usually apparent until three to five years-old although younger cases are possible. Infected animals may shed organisms in the faeces for over a year before clinical signs appear. 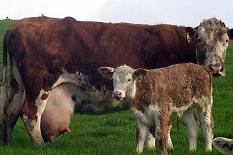 Fig 4: The disease is also transmitted to young calves by ingestion of the organism in colostrum.

Farmers should look for diarrhoea, poor milk yield and weight loss in cattle three to five years-old with onset often following calving or other stressful event (sale, transportation etc). There is no fever and the animal maintains a good appetite until the terminal stages. Clinical signs may continue for several months with the cow/bull becoming emaciated, and then being culled for economic/welfare reasons (Figs 1 and 8).

There is no single reliable test for confirming Johne's disease during the early stages of disease (tests described as having a low sensitivity).

Blood tests detect antibodies to crude M.paratuberculosis antigen but not all cases have a detectable antibody response.  In practical terms diagnosis is best done using a combination of serology (blood tests) and faecal examination for the causative organism. 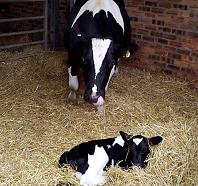 Control is difficult because of the long incubation period, shedding of infection by animals before they show clinical signs, and diagnostic techniques with poor detection rates in the early stages of disease.

Eradication requires a substantial commitment by the farmer, veterinarian and local laboratory and is based upon the identification and removal of infected animals. Blood testing and/or faecal examination may be done every 6-12 months with slaughter of positive cases.  Two consecutive herd negatives may indicate eradication.

Practical control measures that can readily be adopted to limit losses in a diseased herd include:

Rearing home-bred heifers rather than buying in breeding replacements may serve to reduce the risk of introducing disease but if Johne's disease is present in the herd it will increase disease prevalence.

Vaccination has been used as an aid in the control of Johne's disease in many countries and can be imported into the UK under license. Inoculation is given into the brisket area of calves less than one month old (preferably less than one week) producing considerable local reaction.  Vaccinated herds/flocks have much reduced clinical cases and losses but Johne's disease will not be eradicated. Vaccination may be the most cost-effective option for commercial beef herds breeding their own replacements and experiencing considerable loses from Johne's disease. Vaccination against Johne's disease is not an option for many beef farmers because replacement heifers are typically bought as either yearlings or in-calf heifers while vaccination has to be undertaken within the first four weeks of life. Vaccination interferes with interpretation of the tuberculin skin test and advice and approval from regulatory authorities should be gained before use in the herd 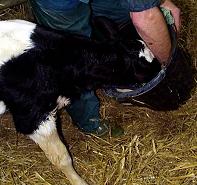 Fig 7: Do not feed waste milk to calves

There is no effective treatment and animals must be culled as soon as the diagnosis is confirmed.  Do not to keep the progeny of infected cows as breeding replacements, such offspring will generally fatten normally as clinical disease is unusual before two year-old. 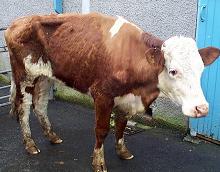 Fig 8: Infected cattle should be culled as soon as they are diagnosed.

Determine which of the herds in your practice has cows with Johne's disease. If the herd is found not to be infected, discuss with your clients the merits of joining a national herd test-negative Johne's disease program/scheme.

Emphasize the importance of biosecurity measures to help prevent your clients' herds becoming infected though purchase of cattle.