Correct dentition is of critical importance to the maintenance of body condition/weight gain in adult sheep.

Premature loss of incisor teeth (broken mouth) is a major problem leading to early involuntary culling because affected sheep are unable to bite off short and/or rough pasture leading to malnutrition, poor production and weight loss. Overgrown, worn and absent molar teeth cause problems with mastication of fibrous feeds and subsequent weight loss. 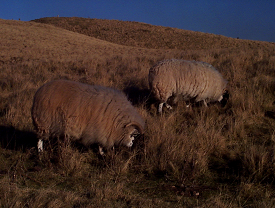 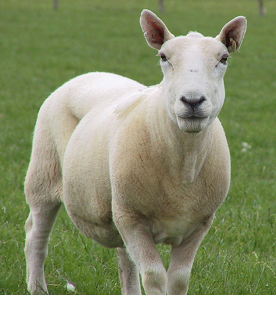 Fig 2: Molar teeth cause problems with mastication of fibrous feeds and subsequent weight loss. Note the swollen cheeks and drooling of saliva in this Cheviot ewe. 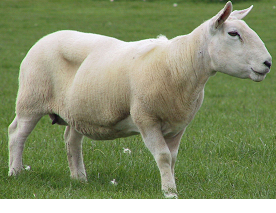 Examination of incisor teeth alignment is performed by running an index finger along the dental pad, with the sheep's mouth closed and the head held in the normal resting position. This examination will reveal any teeth projecting forward of the normal contact on the dental pad (overshot jaw or prognathia; a very common hereditary defect in Blueface Leicester) or behind (undershot jaw or brachygnathia). 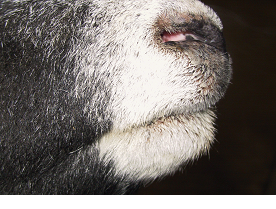 Sheep with such incisor teeth mal-alignment with the dental pad should be culled as fat lambs but it is surprising how many sheep are kept as breeding stock despite such teeth problems. 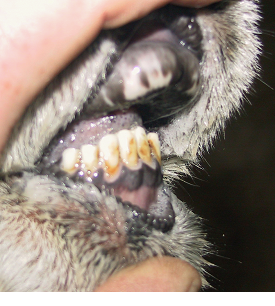 Fig 5: Undershot jaw or brachygnathia in the adult Scottish Blackface ewe shown above.

Premature loss of incisor teeth is a major problem that leads to early culling because affected sheep are unable to bite short pasture leading to malnutrition, poor production and weight loss particularly on marginal grazing and hill pastures. Traditionally in the UK, culling for reproductive reasons follows six crops of lambs but incisor tooth loss may affect two-crop ewes on some farms representing major production and financial losses. 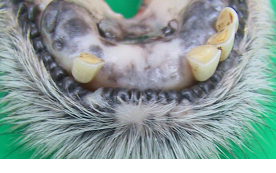 Incisor teeth loss is readily recognised during checks for correct dentition undertaken routinely as part of the selection procedure pre-mating. The incisor teeth develop an elongated appearance, become loose, and are eventually lost.

There are no recognised control measures for broken mouth. Management factors include drafting broken-mouthed ewes to lowground pastures where these ewes can be as productive as full-mouthed ewes provided there is an appropriate sward height and/or supplementary concentrate feeding.

The cause of these cysts remains unknown. Sheep aged two to four years are typically affected and may present in poor body condition if grazing has been sparse for some months. There is a uniform, non painful, bony swelling of the mandibular symphysis about 5 6 cms in diameter which involves the roots of the incisor teeth. Some of the incisor teeth may have been lost whilst the remaining incisor teeth are often aligned horizontally.

There are no recognised control measures for this sporadic condition. Affected ewes should be managed in a similar manner to broken-mouthed sheep with preferential grazing and supplementary feeding.

Excessive premolar and molar teeth wear, leading to malocclusion and poor mastication of fibrous food, is a major cause of weight loss and poor condition in older sheep. Very sharp enamel ridges develop on the outer aspect of the upper cheek teeth, and the inner aspect of the lower cheek teeth, due to lack of wear on these tooth margins. Cheek tooth loss can occur with consequent unimpaired growth of the opposite tooth into this gap leading to a step mouth. 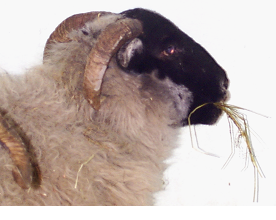 Fig 7: Sheep with molar teeth problems often have pieces of fibrous feed protruding from the corners of the mouth when eating. To view the video click here

Sheep with severe teeth lesions often drop pelleted feed when eating and may raise their head while masticating to assist movement of food over the dorsum of the tongue and into the pharynx. 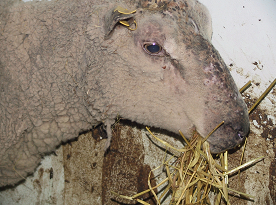 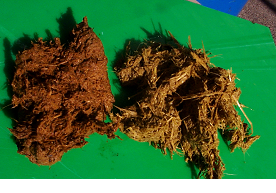 Fig 9: Samples collected at necropsy from the rumen of normal sheep have much shorter fibre length (left) than samples from sheep with molar dentition problems (right). 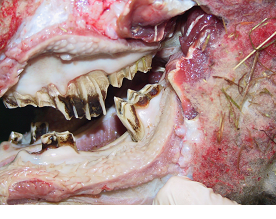 Fig 10: Loss of premolar and molar teeth. Unopposed wear has resulted in overgrowth and a stepped mouth in this sheep.

Bony lesions of the jaw bone (mandible ) associated with cheek tooth loss that may indicate tooth root infection are uncommon. 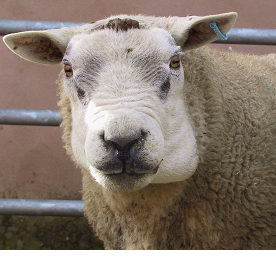 Fig 11: Infection of the left mandible associated with an infected tooth root in a Texel ram.

There is no treatment and affected sheep should be culled although their body condition can be improved by 1.5 to 2 units of condition score following generous concentrate feeding (up to 1.5 kg daily) over a 10 to 12 week period which would command a much better slaughter price. Care must be taken to avoid problems with acidosis when concentrates are first introduced into the ration.