Rob Goodwin from Longlands Farm in Swadlincote, Derbyshire and Jack Foulkes from Marchynys in Llanfairpwllgwyngyll on Angelsey are finalists for the Farmer of the Year Award at the Ceva Animal Welfare Awards 2020.

They will join Ellie Button from Howells Veterinary Services in Easingwold, Yorkshire, Emily Gascoigne from Synergy Farm Health in Evershot, Dorset and Mark Pass from Beeston Animal Health in Tarporley, Cheshire who are finalists in the Farm Educator of the Year Award category.

The awards are run in association with R.A.B.I., NADIS and Farmers Guardian and the shortlists were decided following a day of deliberations by a panel of esteemed judges chaired by Chris Laurence MBE MRCVS.  The judging panel included Tony Andrews, consultant and ex-director of RUMA, Andrew Biggs, veterinary surgeon and director at The Vale Veterinary Group in Devon and Andrew Davies, managing director of Synergy Farm Health. 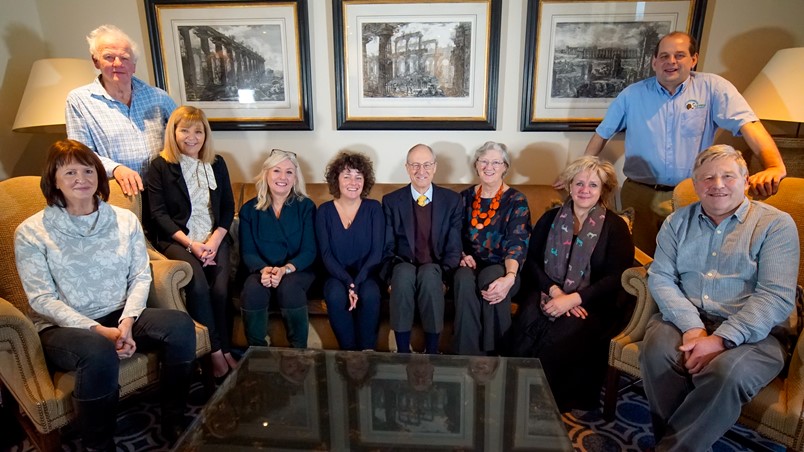 Award judge, Tony Andrews, says: " Often, unjustifiably, farmers receive a bad press.  Currently farmers have to deal with many different pressures, whilst those working with animals all strive for high welfare standards.  Many devote their heart and soul to these efforts often at the expense of their own health and welfare.  It is therefore important to celebrate the achievements of these farmer finalists.

“The Farm Educator of the Year Award produced a very diverse field of excellent entries allowing some to be included in other Award categories.  If the three finalists had not been nominated, there would have been many other worthy replacements for them.

“It is very pleasing to reflect that so much good work is being done to ensure the health and welfare of food producing animals in the United Kingdom.”

“The Ceva Animal Welfare Awards give us the opportunity to recognise the hard work and commitment of individuals and teams from the farming, veterinary and charity industries,” adds Cuneyt Seckin, managing director of Ceva Animal Health.  “We are delighted to be able to honour and thank these individuals and organisations, who dedicate their lives to enhance and improve animal welfare both in the UK and abroad.”

The awards celebrate the achievements of remarkable people from the farming, veterinary and charity industries, who go beyond the call of duty to improve the lives of animals around the world.  Nominations were submitted by friends, family, clients and colleagues.

The shortlist for the remainder of the 2020 Ceva Animal Welfare Awards is as follows:

Charity Team of the Year sponsored by PDSA

Charitable Contribution of the Year sponsored by Blue Cross

International Cat Care will be choosing the winner of this award from its extensive membership base.  The winner will be announced at the awards’ ceremony.

The judges have granted three awards in special recognition of an individual or team’s commitment to animal welfare.  The Outstanding Contribution to Animal Welfare Award sponsored by Your Dog and Your Cat magazines and the Outstanding International Contribution to Animal Welfare sponsored by Ceva International will be announced on the night of the awards.  A Special Recognition Award will also be presented during the evening.

Winners will be revealed and presented with their awards during a glitzy ceremony held in Birmingham ahead of BSAVA Congress on 1st April 2020.  To find out more about the awards visit www.cevawelfare.com.